President Obama is a tech enthusiast and known for his love for BlackBerry. However, he was a little heart-broken since the BlackBerry didn’t get the security clearance for the White House. Mr. President, last month, also admitted that he owns an iPad despite the fact that he believes iPad is a distractive device. 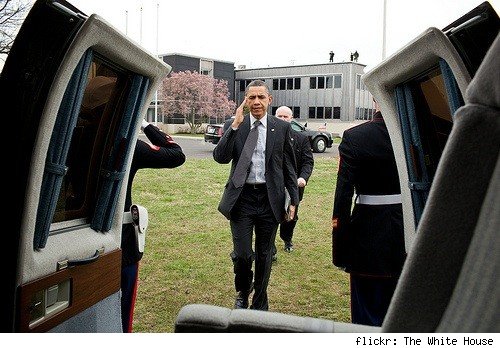 We weren’t too sure about the iPad’s model until we saw this. President Obama was spotted boarding the Marine One with an iPad 2 along with its Smart Cover (in white). 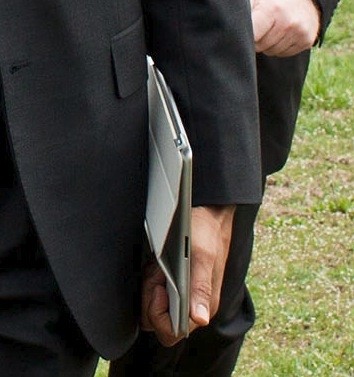 Interestingly it appears, the iPad has been cleared by White House for security while the BlackBerry couldn’t make it.