We use so many devices that require charging regularly that keeping an eye on the amount of juice in them is an important and necessary job. Having information in one place is something that makes our lives easier too, so having a handy way of seeing an iPhone’s battery level from your wrist is something that is always going to be popular.

Being able to keep track of the battery level of your iPhone from an Apple Watch is nothing new, after all we have already told you about at least one app that does exactly that with Battery Monitor, but few are capable of doing it with quite the same panache as Power – developed by Thientam Back, otherwise known as Surenix in the jailbreak world. 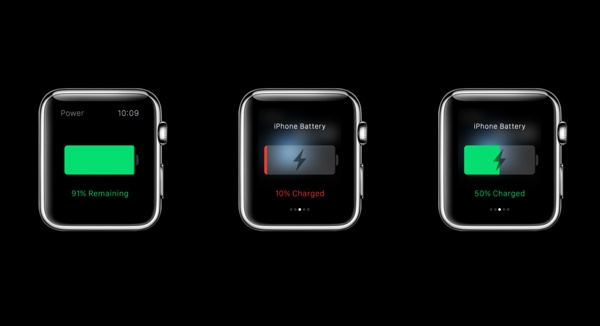 Available to download from the App Store right now and priced at a very reasonable $0.99, Power offers a simple interface that shows an iPhone’s battery level fight on an Apple Watch. What’s more, if you don’t want to have to venture into Power in order to see how much charge is in your iPhone, you can use the included Glance instead. Whichever option you choose, you’ll be treated by a large, colorful representation of how much charged your iPhone’s battery is without ever needing to actually pick it up.

The whole interface of the Power app is simplicity in itself, with the whole screen dedicated to the use of the app – seeing how much power is left in an iPhone. Clean imagery and colorful text are what makes Power so pleasing to the eye, and you’ll even be able to see whether your iPhone is charging or not, too. 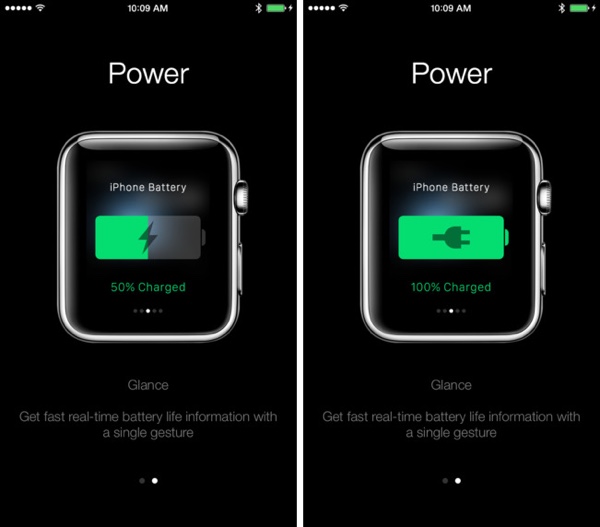 If keeping tabs on your iPhone’s charging habits is something that sounds like it will make your life easier then give Power a try. At a dollar it’s probably one of the more useful Apple Watch apps and Glances we’ve seen in a while. Simple and elegant, just the way it should be.

Like mentioned above, there are obviously many other similar apps available on App Store for free, but if aesthetics of the app matter to you, you can’t go wrong with Power.

You can download Power for iPhone and Apple Watch today.