A new wearable and attachable accessory called PogoCam aims to brings camera to just about any glasses out there.

Despite one of the largest companies in the world failing to make a sustainable attempt at pushing technology-infused eyewear, it seems that other companies aren’t prepared to abandon the dream just yet. Google may have started the trend with the creation of Google Glass, but the mantle has been carried on by Snap Inc. with the creation and rollout of Spectacles for Snapchat, and now the tiny little PogoCam attachment that can turn almost any set of standard eyeglasses into an intelligent wearable. 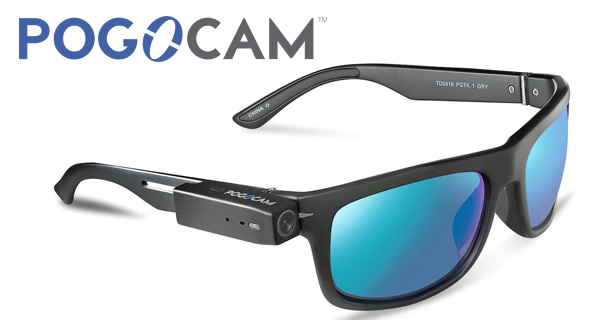 Snap Inc.’s new Spectacles hardware is making an understandable splash with those enthusiasts who not only regularly use the Snapchat app, but who also want an accompanying piece of kit that assists with uploading real-world footage directly to the network with minimal fuss.

But are there any other options on the market for those who want to record the same type of footage directly from their glasses and don’t necessarily want to be tied to a specific app or service to share and use that content? This is where PogoCam starts to shine. One of the biggest appealing aspects of PogoCam is that it isn’t specifically tied to any one set of eyeglasses or sunglasses.

The product has been designed as a standalone camera device is small enough and versatile enough to attach to almost any set of glasses. In fact, the device itself weighs next to nothing, so it doesn’t add much uncomfortable weight to the glasses, and measures in at 10.9 x 12.5 x42.8 millimeters. The device is also capable of capturing a series of still images like any standard camera, as well as continuous video if moving media is something that you want to capture and share. 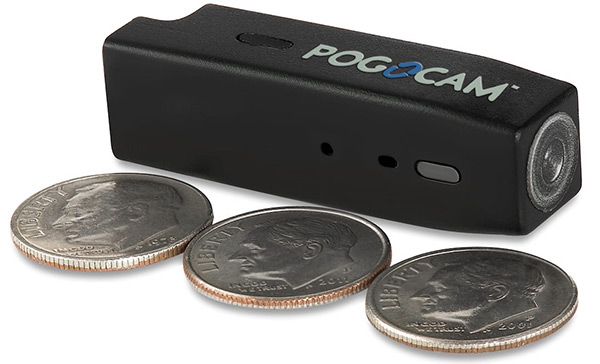 PogoCam also comes with a number of modes, allowing it to capture up to 100 still photographs, or two minutes of 720p HD video. Alternatively, if smaller video clips are required for social sharing, then it can also capture a total of 12 ten-second video clips. When the device is full, images and video files can easily be moved over to a smartphone or computer either via Bluetooth or a wired connection.

No specific pricing has been made available for PogoCam just yet, but it will be shown off during the CES 2017 in January with availability and pricing to follow.