An Android device is hardly any good without modifications. Don’t get me wrong; they have powerful hardware with capable software to accompany the former, but in most cases, the manufacturer’s additions and modifications to the stock Android Open Source Project (AOSP) makes the environment a little restricted, to say the least. That’s perhaps one reason behind why we see every new high end and mid-range device getting root, custom recovery and whatnot as soon as they’re released (even sooner than the actual release in some cases). While the casual user might not pay attention to all of these a lot, power users feel suffocated when they cannot mod their smartphones and tablets.

When it comes to modifications, they can be, broadly speaking, classified into two categories. One are those that are specific to your device only, and hence, you’ll find them in the places that you usually browse looking for that stuff. The second are generic Android mods – things that can work on any device as long as it meets some specific criteria. These are harder to come by and keep track of, since you never know where the actual developer chose to put them. For the second ones, if you’re a fan of modding your Android, you might want to consider Pimp My Rom. 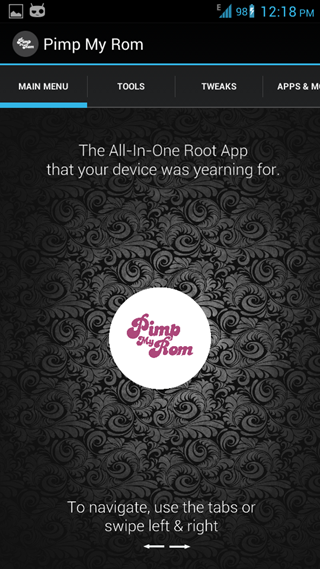 Initially available only as an AROMA Installer-based ZIP package that you could’ve used in recovery, Pimp My Rom is an Android modification package combining a large number of generic Android tweaks, mods, and app ports, that you can now download as an APK from the Play Store and use to your leisure. Of course, the package requires a rooted Android device with a custom recovery, but brings under one hood a larger variety of Android modding than any other offering. The list is enormous, and comprises of the likes of init.d mods, GPS configuration adjustments, battery savers, build.prop tweaks, connectivity boosters, hidden menu manipulators, CPU governor changes, voltage control, kernel level mods, media scanning and I/O speed modifications, and much more. They’ve even bundled options to download BRAVIA mobile engine and Beats Audio for non-supported devices, making things all the more interesting. 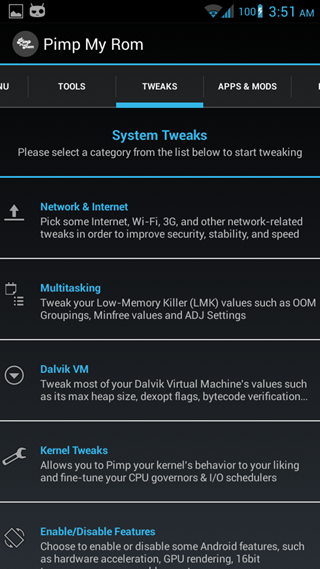 Pimp My Rom has been around for a while as a recovery-flashable ZIP package based off the AROMA installer, but with the availability of the APK package over at the Play Store, things have definitely become far easier. There are still some changes that can only be made through recovery, but at least you get a GUI control with descriptions of what you’re changing. As with all such tools, there’s a rescue package as well, in case something goes wrong and you end up with, say, bootloops. 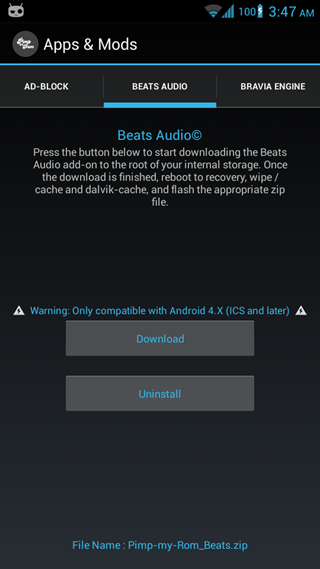 Pimp My Rom is still in alpha, and receiving consistent updates. For technical details and AROMA package, check out the official thread over at XDA-Developers. For the standard Android installer package (APK), head over to the source link below.

(Source: Pimp My Rom for Android at Play Store)