Performance Comparison Between iOS 9.3.5 And iOS 9.3.4 On iPhone And iPad

Apple’s release of iOS 9.3.5 to patch a critical security vulnerability that allowed the creation of spyware may have taken us all by surprise, but what isn’t a surprise is the resulting speed test video that has made an appearance on YouTube.

The video exists to assess and ultimately discover whether or not the latest update offers any kind of advantage over iOS 9.3.4 in terms of speed and performance on multiple device types; the iPhone 6s, iPhone 6, iPhone 5s, iPhone 5, iPhone 4s, and even the iPad Air. The differences whether marginal or significant, have historically been recorded through a slew of videos over the years whenever a new update to iOS comes out, so why should this week be any different? 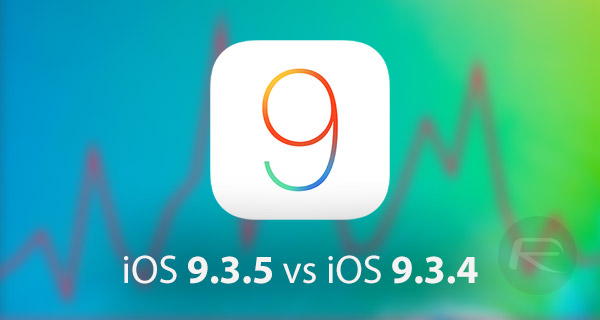 The end-goal is to see if Apple has put any effort into actually optimizing the system in any shape or form, or in this case, if the sudden and unexpected release of iOS 9.3.5 was purely to patch the vulnerabilities that had been seen to be exploited in the Middle East for spying purposes.

Given that this is likely to be the last release of iOS 9 before iOS 10 comes into the public eye, it’s worth seeing how it performs against the firmware before it. In all honesty, it’s really owners of older devices, like the iPhone 4s, that won’t getting access to iOS 10 who will actually be more concerned about how iOS 9.3.5 performs.

When it comes to the actual app opening speed test, there are some very small differences in how quickly iOS 9.3.5 invokes apps like Messages and Photos, and of course, in the way that it loads up a conversation or an actual individual image. With that said, we are talking milliseconds rather than actually any kind of noticeable or frustrating difference.

Check out the videos for yourself for your own specific device type. If you plan on moving to iOS 10 in the coming weeks then this may not actually matter to you so much. But if you have an iPhone 4s, then iOS 9.3.5 is likely to be the last OS version that you’ll actually be able to get on the device.