Our Favorite Gadgets Of The Year 2014

2014 is coming to a close, and while there were tons of gadgets released this year, the team here has decided to list down their favorite top two out of the massive lot. Head past the jump and check out what everyone has selected. Maybe the list will give you some ideas for Christmas, too! 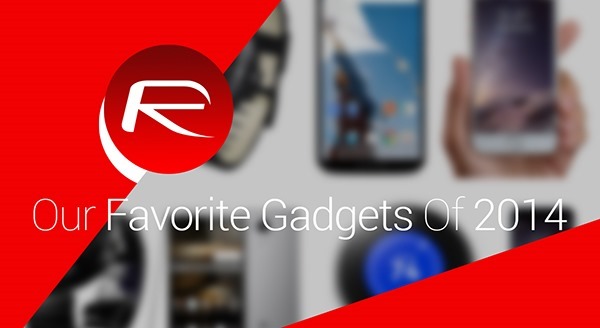 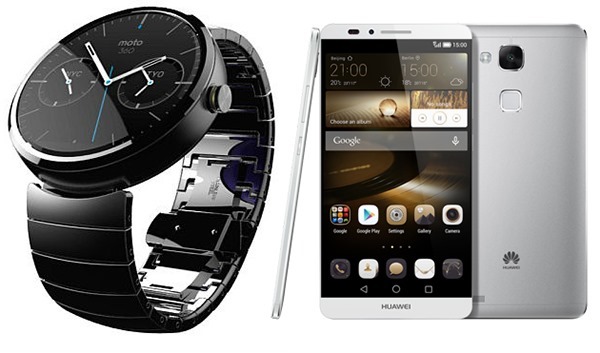 I’ve been a huge fan of smartwatches since the concept started taking roots, but their ugly aesthetics were always a kind of setback. In all the gadgets that 2014 saw come to life, Moto 360 was the first (smart) watch that actually felt like that – a watch. I absolutely didn’t mind the cut off at the bottom of the display, either; if anything, it makes the device look even cooler. Hats off to Motorola for bringing something worth the dime.

This might seem like a really weird choice, but I’ve been closely following Huawei’s offerings for the last couple of years (despite being an iPhone lover), and with the Mate 7, the Chinese manufacturer has really upped its game. I’m in love with the Mate 7 for its sheer looks; it’s hard to find a smartphone these days that can truly compete. Not to mention, their fingerprint reader implementation is pure genius. If you ever consider a phablet for its aesthetics, Ascend Mate 7 is worth checking out for sure! 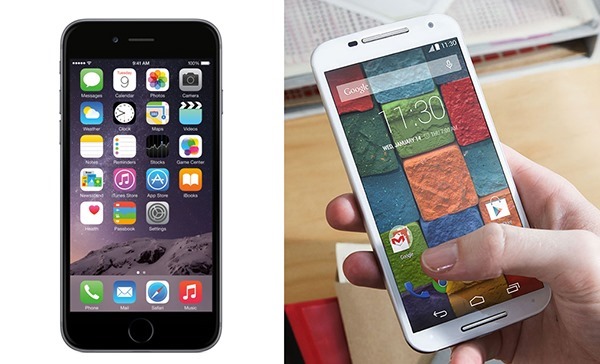 I don’t even need to confer with my colleagues to know that they’ll probably have picked this one as well. Apple has really upped the ante this year, adding larger displays, NFC and other treats, and while many will point out the fact that other manufacturers have offered said features for years now, the incredible sales that the Cupertino company has posted so far only underlines the fact that the company’s latest is certainly its greatest.

I love Motorola smartphones, so there’s perhaps a little bias in this, but the second coming of the Moto X is both feature-rich and well-priced. The formerly Google-owned company continues to churn out great devices, and with the usual customizability on offer, it’s easy to alter the appearance to suit your tastes. 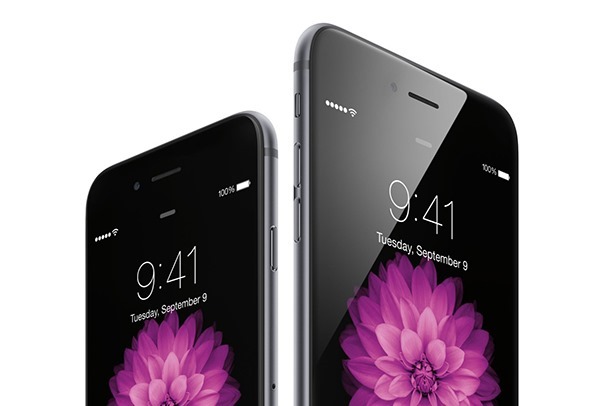 iPhone 6 and iPhone 6 Plus

It might seem like a cop out to many of you reading this, but I’m going to stand by what I’m about to say because it’s true. So there. For me, the one of my favorite pieces of technology of 2014 is the iPhone 6. Well, and the iPhone 6 Plus. We can lump them in together can’t we?

The reason is simple and, I have to admit, very selfish. Even if I hadn’t fallen for the larger iPhone models in quite the way I have for my iPhone 6, both of Apple’s latest phones would make it to my ‘Top Tech Of…’ lists for one reason, and one reason only: it means we can finally stop with all the nonsense about Apple’s phones being too small!

Beyond that though, I think my other favorite is the smartphone underdog. Again, perhaps a cop out, but with 2014 being the year where the likes of OnePlus and Xiaomi have firmly placed their stake in the ground and taken the fight to Motorola, Samsung, HTC and the rest. They may not be the first name on most people’s lips when choosing a new phone, but they’re getting there. 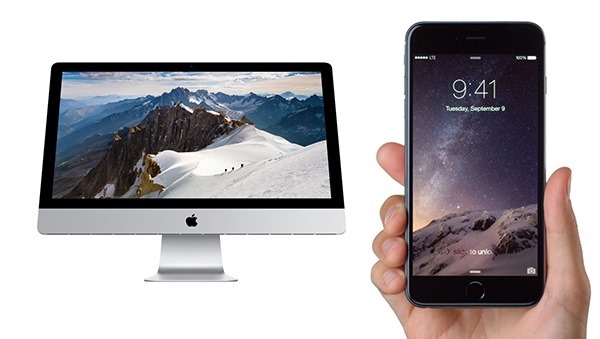 iPhone 6 Plus
There was obviously a lot of excitement around the announcement and subsequent launch of what we now know to be the 5.5-inch iPhone 6 Plus, and for the most part it has lived up to that hype. After making the decision to get the 6 Plus over the 4.7-inch iPhone 6, I picked it up on the day of release in the United Kingdom and immediately knew I’d made the right choice. The 1920×1080 Retina HD display makes flicking through photos and streaming media an absolute pleasure. The improved camera wasn’t a huge selling point for me originally but there’s a notable increase in the amount of images that I snap and upload directly to Flickr. I have to admit to still finding myself slightly infuriated with the size of the phone, as well as noticing performance issues due to the amount of RAM, or lack thereof, but it’s still my gadget of 2014.

I do all of my office work on a Mac, and it involves using Xcode and Photoshop a lot, therefore I need a killer display to keep things rolling for me. And when Apple announced the iMac with Retina 5K display, I knew I had to buy it, and guess what? I did. As it turns out, it was the best decision I ever made in my work career. The images just pop out of the display, and text looks gorgeous. It makes me want to do more on a Mac. The bottom line is; I just love this machine down to its very bones. 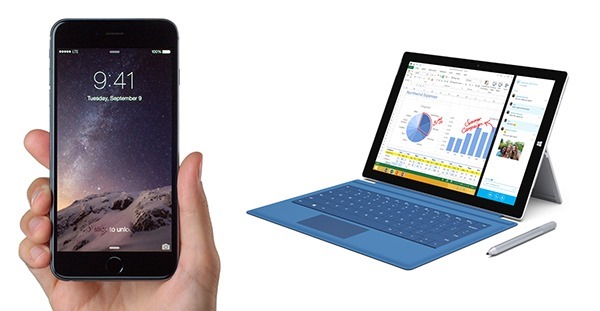 I never thought I will ever own a phone with a display of over 5-inches. But the iPhone 6 Plus with its thin design and curved glass around the edges of the display did the trick for me. It’s an absolute pleasure to use. I got the unlocked 64GB Space Gray model at launch and now with nearly 3 months in, I’m glad I made the right decision. Initially it felt a little too big for one-handed use but in a week or so I got used to it and now I don’t have any problems with it. With its big 5.5-inch display, it helps me get more work done on the phone than ever before. It’s also fast, powerful, and have enough storage space for all the photos and videos I make during my travels. Battery life has been great, I get about 11 hours of usage time on average with a standby time of around 1.5 to 2 days. Couldn’t ask for more! Any drawbacks? Well yes, iOS 8 is still buggy for me and not up to the polish Apple is known for even at version 8.1.2. Hope Apple rectifies the minor glitches iOS 8 has on 6 Plus soon. All in all, it’s hands-down the best portable computer I have ever owned.

The best laptop a Windows user could get in 2014. I got the i5 model with 128GB storage and 4GB RAM at launch and couldn’t be more happier. It’s my primary work machine and runs everything I throw at it without any problems. Battery life at 7 hours is decent. Perhaps the only issue I have is the touch screen optimized modern apps on Windows 8.1, which still leaves a lot to be desired. 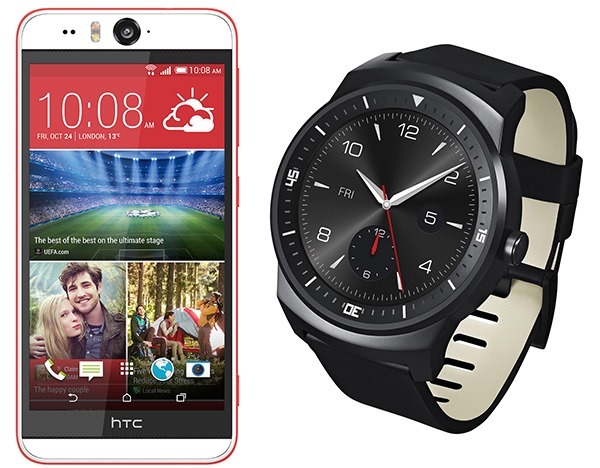 HTC is known for its superior build quality and when I first glanced upon the Desire EYE I was wowed to smithereens. A smartphone with a 13-megapixel front-facing camera that actually takes good photos? I’m sold! And let’s face it, the days of you not being in a small group photo are long gone, and combined with the Desire EYE’s remarkable internal feature-set, this is one device that caters to the photographic maniac in us in a well and good way. So yes, this is my favorite gadget to come out in 2014.

Although I personally own an iPhone 6 as my daily driver, and there’s no way Apple’s mobile platform supports Android Wear, but there’s something about the LG G Watch R that makes me crave it like crazy. From the traditional design to the mighty looking strap, I so damn wish this smartwatch worked with an iPhone; it just looks so amazing!

Are you reading this, Google? 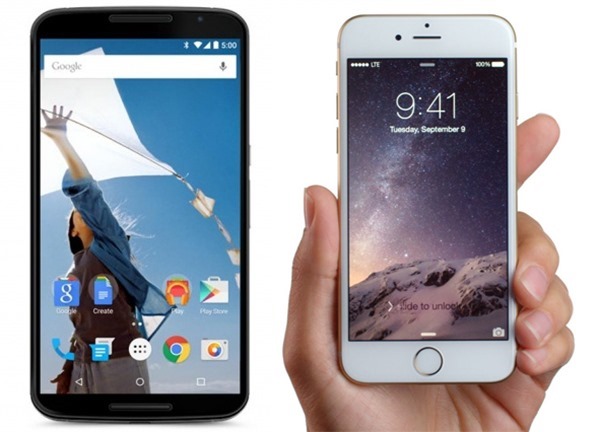 When the smartphone was initially announced, I like many shunned it away for being a phablet which is simply another territory for me. However, I’ll admit I am a sucker for the design which you may refer to as a flamboyant Moto X, but the fact is the feel of the device in your hands is one that is seldom found in many devices today, and I can assure you it does feel like a premium device contrary to popular belief. Suddenly, coping up with the huge size seems even lesser relevant with the gigantic display staring back at you surrounded by a very slim bezel.

I’ve never truly been an iOS guy until Apple finally pushed out the iPhone 6. I’ve always thought of iPhones as truly exceptional devices with regards to the developer support, and build quality, but the 3.5-inch and 4-inch display was a deal-breaker for me.

The iPhone 6 however changed all of that, and given that the new offering from Apple suddenly checked all those important parameters for me, it was a no-brainer really. I’ve used iPhones before so getting in sync with iOS 8 wasn’t much of an issue and honestly, but what did manage to catch my attention was how comfortable the phone is to hold in your hands with the curved edges. The curved glass on the display as well is a nice touch for when you’re swiping around.