Because of the fact that we live in such a connected world with our digital devices, and we do a great deal of our work and communication courtesy of an internet connection, the ability to test that connection and check various characteristics of it has become so vitally important. It’s also equally important to see if our Internet Service Providers (ISPs) are living up to their promises and giving us what we pay for. Windows Phone 8 users can now see how their internet and cellular connection is performing directly from their devices thanks to the official release of the Speedtest.net experience on the Windows Phone Store.

The Speedtest.net web interface has been used by millions of people all over the world to test whether or not they are getting what they pay for from their ISPs. The site was originally launched to provide performance indicators of the tested network, but has grown to include a portfolio of official mobile apps as well as a reporting mechanism to see how ISPs around the world are performing, with the idea in mind that being able to name and shame companies should keep service providers honest. Windows Phone 8 users can now count themselves as part of the official experience. 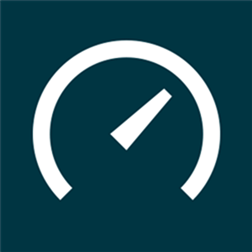 The Windows Phone 8 app includes everything that we have come to expect from a Speedtest.net app, and although it has been designed with Windows Phone 8 in mind, it does bare remarkable resemblance to the iOS and Android variants, except that it carries a little Windows Phone touch to it. If something isn’t broke then simply don’t fix it. Users can interact with the app to interrogate their Wi-Fi or cellular network to discover the current download and upload rates as well as the ping response times of the network. 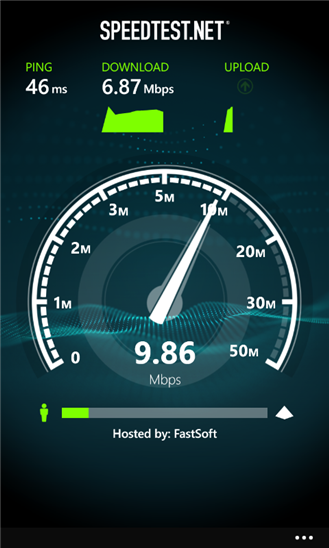 The inclusion of real-time graphs provide the user with connection-consistency visuals as well as some handy sections of the app that allow us to troubleshoot problems or find out why we aren’t getting the download speeds that we would expect to be receiving from our providers. All past results are also logged, so users can see a timeline of reports and compare the returned results themselves as well as being able to share the results to social networks to let everyone know how well or poorly a provider is performing. 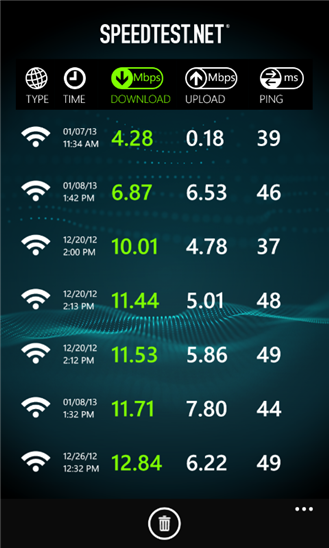