Google has taken the earliest possible opportunity to give some good news to existing Nexus tablet owners. In an official post on the Android Google+ page the company has announced that the latest and greatest release of the Android operating system will be be coming to the Nexus 7 and Nexus 10. The announcement will come as great news to the Android community that is irritatingly used to waiting months for the latest version of the favored OS to become available on their existing hardware.

The official Google+ listing insists that owners of existing 2012 and 2013 Nexus 7 hardware, as well as owners of the larger Nexus 10 tablet will be getting “a tasty update” to Android 4.4 KitKat, starting from today. Google has also noted that the Nexus 4 smartphone and Nexus 7 hardware with cellular capabilities will also benefit from the update extremely soon. For those Android lovers who are still in a minimum term contract and haven’t been able to grab the LG-manufactured Nexus 5, then this news from Google represents a first opportunity to experience all that’s new within KitKat. 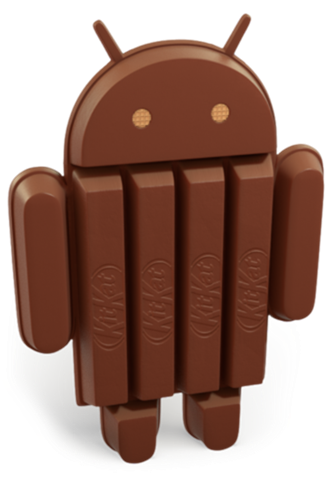 There is still no official confirmation from Google as to when owners of other Nexus hardware will be expecting to receive the KitKat update, apart from the Nexus 7 and 10 that is. Considering the amount of time, work and resources that have gone into getting Android 4.4 KitKat into the polished state it is in makes perfect sense for the company to want it on as many devices as possible, and that too as soon as possible.

Android KitKat represents the next step in the development of Google’s mobile operating system. Comprising of a more polished design, improved overall performance and a plethora of new features. It’s definitely the most notable release of the OS to date. KitKat will offer those using advanced features such as automated voice search, full-screen album and movie art, immersive media consumption as well as a dramatically improved and more responsive multitasking implementation. 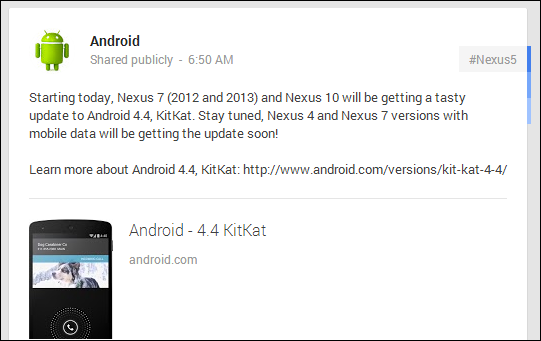 Although the Nexus 5 is the only hardware that currently offers the KitKat OS out of the box this latest news means that it will soon be in the hands of existing hardware owners.