With the announcement of the iPhone 5s last month, the feature many were talking about was the new gold color configuration on offer. Naturally, some held out hope that the iPad range would follow suit, but while both the Retina iPad mini and iPad Air both got such niceties as the A7 processor and M7 motion coprocessor, the lovely goldness seems to have been reserved for the company’s flagship smartphone at this point in time.

There are ways around this, though, and following on from our report earlier this week showing how one company would cover an iPad in delicious rose gold for a substantial fee, a cheaper option has just been revealed by imod.co. It involves a gold vinyl skin for both the iPad mini and Retina iPad mini, as well as the iPad Air, and with a quick, easy-to-follow application method, should certainly be considered by those aching for a champagne-colored iPad. 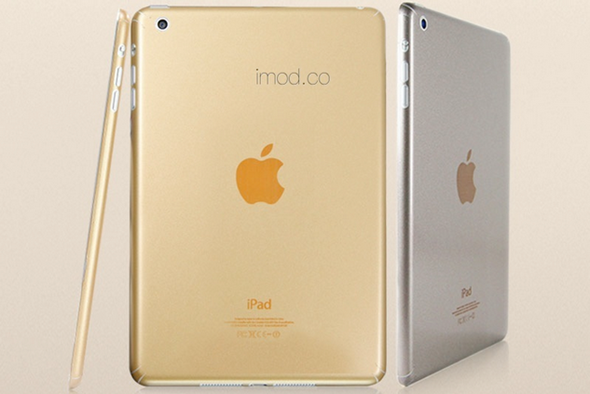 The iPad Air skin costs $18, while the corresponding versions for both variants of the iPad mini cost just $12. The conversion kit will turn the entire rear panel from its standard shade into a bright, vibrant gold coloring, and as you can see from the photos, it does a darn good job.

It would have been nice to see both the iPad Air and iPad mini with Retina display sporting a gold option, but considering the depth of the alterations to both, holding back on that – as well as Touch ID – is a smart move from Apple. This time next year, Apple can roll out refreshed models with fingerprint sensors and Gold + White exteriors, and if the company also throws in a slightly better camera and bumped processor, the world will go crazy once more. 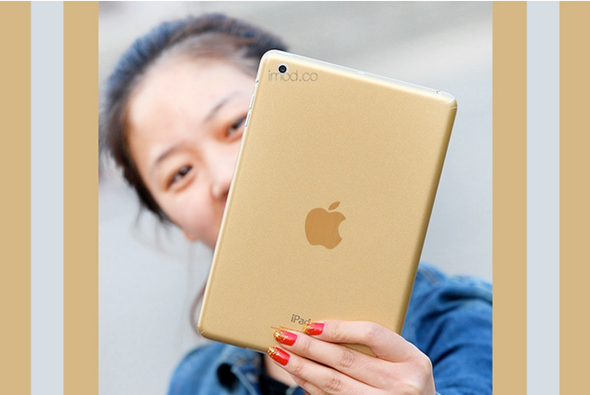 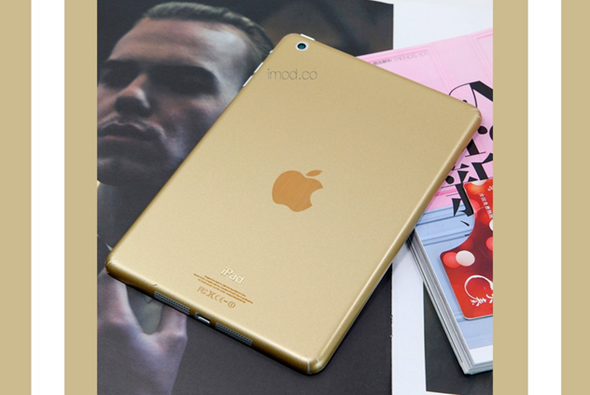 Still, until this happens, the reality is that there will be no gold iPad. If you simply cannot wait for Apple to decide on releasing a gold iPad Air or iPad mini, you can either, as aforementioned, pay hefty sums for a rose gold finish, or grab a simple-yet-effective vinyl skin from imod.co.

It looks good, it does the job, and is also cheap to purchase. And hey, you’ll have your buddies completely baffled as to how you managed to get that special edition gold model that they don’t sell in the stores!