You Can Now Buy A Gold iPad Air, But Not Directly From Apple [Images]

While the new iPad has borrowed many of its traits from the the iPhone 5s, the much talked-about Gold and White color configuration remains a treat reserved – at least for the time being – for the Cupertino’s flagship smartphone. Many have even surprised themselves with how taken they are with the new Gold iPhone 5s, but as we continue to hope that Apple will oblige with a gold iPad at some point in the near future, you can already have yourself one from Goldgenie. It will, however, cost an arm and a leg, with prices starting at $1,871 for a 16GB iPad Air. Still undeterred? Read on for more information.

It makes the ordinarily expensive iPad Air, which starts at $499, seem comparatively cheap but while the iPhone’s goldness is purely just coloring, Goldgenie uses rose gold, for a more substantial finish than Apple would ever offer as standard. 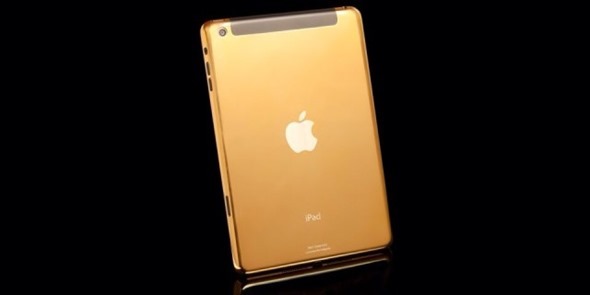 Companies have been gold plating Apple devices for years, but with Apple offering a Gold iPhone 5s in an unprecedented move, general interest in gold iOS devices has soared.

Interestingly, a 16GB Wi-Fi iPad mini from Goldgenie will cost you $1860, which is just eleven bucks cheaper than the gold iPad Air, considering the difference between the standard models of each is far greater, you are, in a very roundabout way, saving money if you go with the iPad Air. Of course, spending $1,800+ on a gold-plated tablet is a pretty abject example of how not to exercise thrift, but with the iPad Air far, far superior to the currently un-upgraded iPad mini, grabbing the all-new Air would seem a no-brainer. 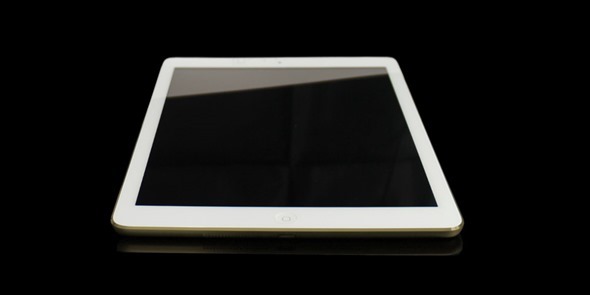 If you already own either device, then the company will give your device the lovely golden touch from prices starting at $1,300. Again, you could buy a couple more iPads, iPhones, or even a MacBook for that kind of wad, but will they come in rose gold? Nope. That, it would seem, is the world we live in.

As described by Goldgenie, each iPad is presented in a "beautiful, customized piano finished box," although for that kind of money, you could forgive us for expecting some kind of procession / band to deliver it – perhaps rolling down the red carpet to the front door.

As a side note, the company will also gold-plate your iPhone 5s for you as well, but with prices starting at $3,289, you might want to get saving.

If you’ve already have some cash lying around then point your browser to: Goldgenie.com and start shopping!

Thanks, Allen for sending this in!