Screenshots of Office for Mac 2015 have just been leaked onto the Internet. It has been a while since Microsoft last updated the Office suite, and it seems like the newer version carries a design language that is heavily borrowed from its Windows counterpart.

There were rumors a few months back leading to speculations that Microsoft may be planning to launch an updated Office for Mac by the end of this year, but that may or may not look unlikely given these latest leaks. The leak is actually a number of slides that have been taken from an internal Microsoft presentation discussing the next release of Office for Mac, and a particular slide titled ‘The history of Office for Mac’ clearly shows the new suite in all its glory. Given that Office for Mac 2011 was launched in October 2010, the speculations may just turn real. 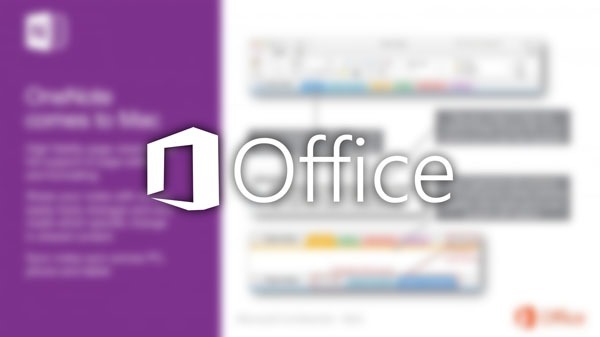 If the leaked slides are anything to go by, then Microsoft is ditching the classic Mac look, and is aiming to align the design and interface of its Office for Mac 2015 release with that of its Windows counterpart. You can see the redesigned ribbon interface while some Office 2013 features have also been added to the offering. With this release Microsoft will be offering an enterprise Outlook, services and cloud connectivity, and OneNote for Mac, while integrating Office 365, OneDrive and SharePoint functionality, and some new collaboration features as well for all your projects.

Another interesting feature that has been added in the redesigned interface is the ability to access recent documents whether they have been edited on Office for iPad, Windows, or Mac itself. 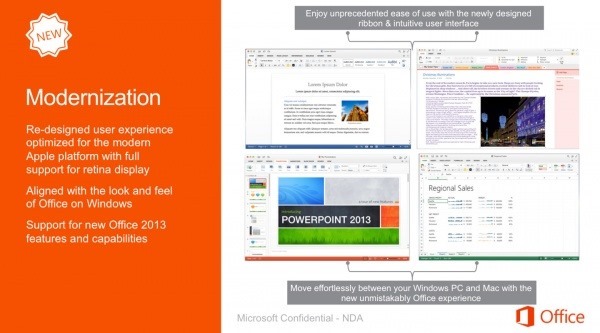 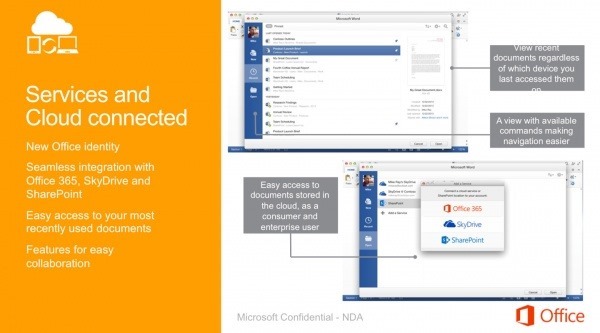 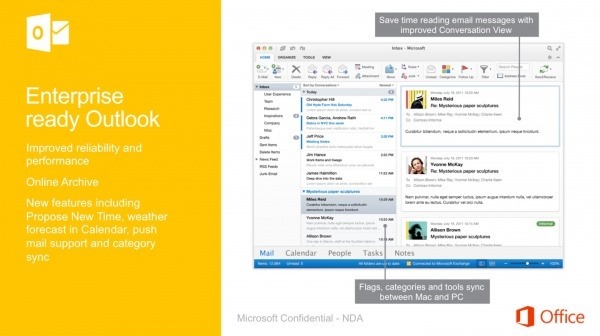 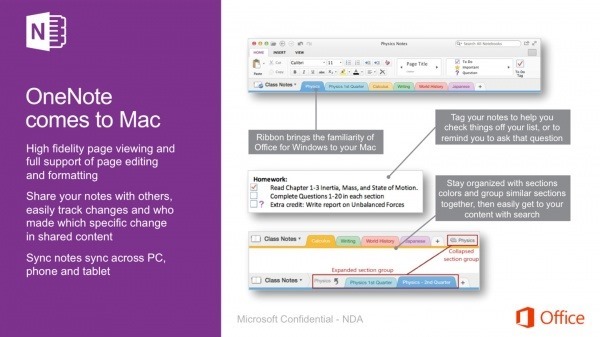 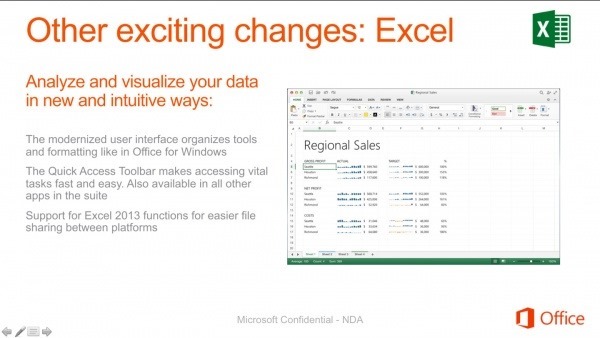 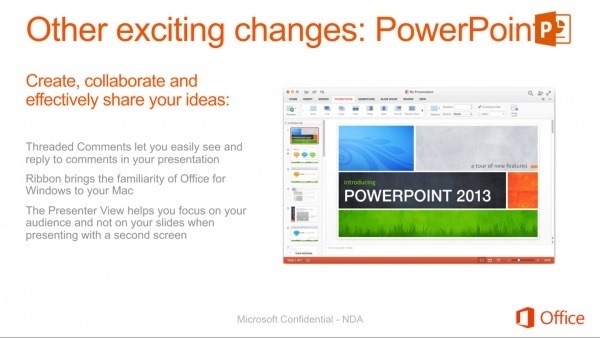 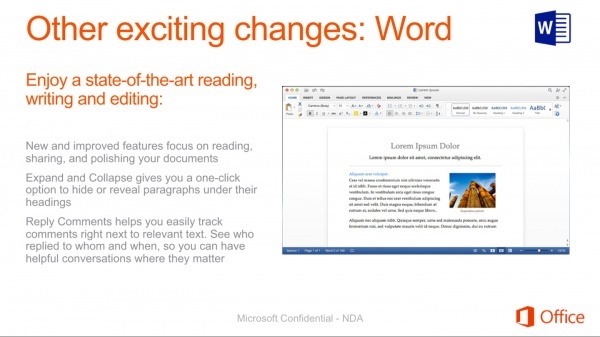 It appears as though the big changes apart from the design have been packed into Outlook, with Microsoft adding push mail support and category sync to the software, weather options in the calendar, new time features for meeting appointments and a new ‘online archive’ option. It was only at the beginning of this week that screenshots of this new upcoming Outlook for Mac were released detailing the new design, as well as a hint of all the new features it will be bundled with.

A public preview of Office for Mac 2015 could be made available soon but we still have to wait on the launch dates which Microsoft is expected to announce soon enough. Chances are that it may be released before the end of this year, given the 2015 tag on the release.