A short while back, we tracked the progress of Liquipel, a company which has produced an almost mystical, invisible formula enabling the waterproofing of our treasured, fragile gadgets.

The coating, which looked simple enough to apply in the demonstration videos, then showed an iPhone 4S playing back video and running App Store games whilst submerged in a couple of inches of water.

Having apparently liaised with Samsung and Apple, Liquipel has now rumored to have struck a deal which would apply the apparently magic solution at manufacturing level to the respective companies’ upcoming devices. 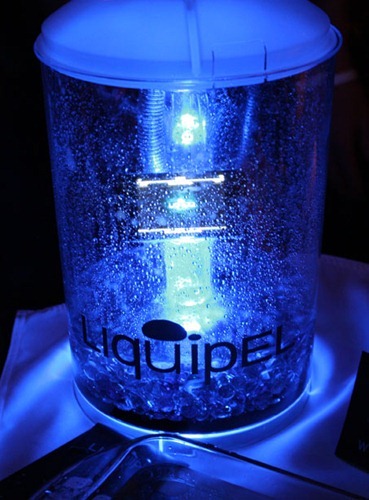 As the company’s name implies, Liquipel acts like a wax, literally repelling water, and with many an insurance claim initiated by water damage, a liquid-proof device would certainly be looked favorably upon by consumers. However, scoop supplier Today’s iPhone has – citing a source – noted the new technology would "alter the working on the insurance."

Specifics of said insurance alterations are unclear, but one thing is for sure – Samsung’s Galaxy S III and Apple’s iPhone 5 are undoubtedly the two most eagerly-anticipated smartphones of this calendar year, and the word on the street is that both of these devices could be sold as splash/waterproof smartphones, courtesy of Liquipel’s technology.

Hitherto, there have only been a few mobile phones boasting such features, and all have been basic, bulky, and aimed at those working trades. If two of the most influential companies were to adopt waterproofing, we’re pretty sure the chasing pack would swiftly follow suit.

Around the time of the Liquipel news, we also covered HzO – a similar company offering an almost identical product – and was said to be confident in securing a deal with the Korean LCD specialist and the Cupertino company for future implementation. Indeed, Samsung’s chairman was said to be "very excited", adding further credibility to the rumored adoption in the not-so-distant future.

When we initially saw the technologies, we were very excited about the prospect of owning a waterproof smartphone as standard, but we didn’t perhaps expect it to be happening this year. Rumor being rumor, it still seems somewhat far-fetched, but we’ll certainly keep our eyes peeled for more on this as it comes.