New In iOS 11: Check How Much Storage ‘System’ Takes Up On The Device

A new feature in iOS 11 lets you check how much storage space the ‘System’ is taking up on the device. Here are the details on it.

As we receive and analyze additional iOS 11 beta releases over the next few months, we will likely find new functionality embedded within iOS but at this moment in time we are happy to report one of the latest discoveries is that users will be able to check out exactly how much storage space the operating system commands. 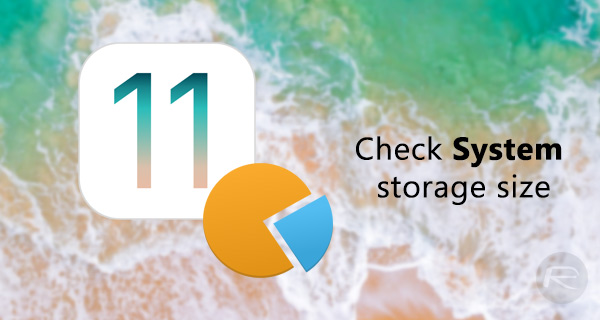 Apple’s iOS platform has historically been very poor in letting users know exactly what’s going in from a storage perspective on their device. More modern versions of the platform have introduced additional settings which allows a user to see exactly which apps are storing a lot of data, but that’s really been as far as it has gone.

Users have also found themselves questing why they purchase a 16GB device and find themselves only able to use approximately 70% of that space for apps and data. Apple is clearly now trying to educate users on exactly how much space an iOS installation and its associated files require with this new setting.

For those who are running iOS 11, or who may be intending to get involved with the public beta release, the new setting can be found and accessed at Settings > General > iPhone Storage. That section will instantly provide information about the current storage situation on the device and at the very bottom, it also contains a “System” option which instantly reflects just how much storage space the current iOS installation and any of its associated data is taking up. 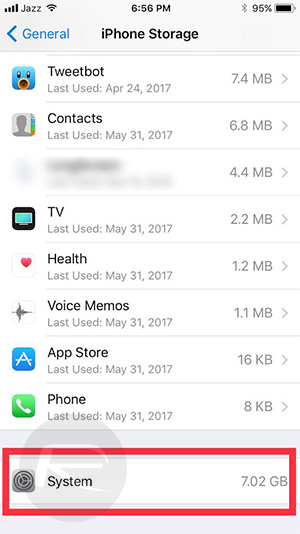 This is pretty much a read-only reveal of information, but it’s still great that device owners now have visibility on this metric. This metric will of course vary depending on the device you have, storage capacity it contains, as well as version of iOS (11 and up) installed on the device.

Apple is slowly but surely affording users with more power and control over how information is stored on the device. Certain levels of detail may actually only be there to provide users with information for their own reference but exposing this system size should definitely answer a lot of questions that some users have.