Apple has been busy over the last few weeks with the introduction of new iPods, launching the all-new iPhone 5 and the accompanying iOS 6 software. The hardware and software that has come out of Cupertino’s doors recently would normally be enough for any other company but it looks like Apple aren’t finished yet with the introduction of a miniature iPad on the cards as well as the possible announcement surrounding a much welcome refresh to their iMac computers.

A forum thread that has been discovered on a Chinese-based site is not only suggesting that the new iMac will be unveiled at some point during October or November, but also has an accompanying photograph which shows the internal logic board from one of the new iMacs alongside a number of other important parts that will make up the internals of Apple’s new desktop OS X based Mac. Apart from the announcement time-frame and shot of the logic board, the thread is suggesting that Apple have made the new iMac lighter and thinner.

As is usually the case with grainy and unofficial images like the one shown below, it is difficult to verify its authenticity but it does carry similarities to the internals of previous Apple iMacs and therefore could be the real thing.

As part of the refresh; it is being speculated that Apple has dramatically reduced the profile of the new iMac and has reportedly changed the square edging to something a little more elegant. The iPhone 5 is a testament to how Apple’s state-of-the-art engineering techniques can reduce the form-factor of a piece of technology, so it’s extremely plausible to expect significant changes in size and weight of the new iMac. 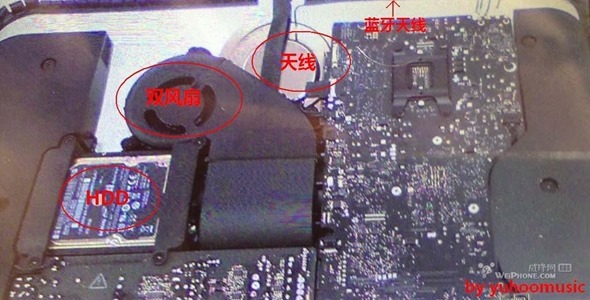 In addition to the new 21-inch and 27-inch iMacs, the same source is also suggesting that the 13-inch Retina display MacBook Pro is already in production, although not in China just yet. The new smaller and Retina display-ready MacBook Pro has been given the internal codename of D1 and is being constructed in Mexico of all places, with Chinese production still on the cards for later in the year. When you put the potential of a new range of iMacs together with a 13-inch Retina display MacBook Pro, as well as the iPad Mini, it definitely makes for an interesting wait to see what Apple actually does have in store for us, and when.