Now that the wait is finally over and Apple have officially started shipping out the iPod touch fifth-generation to consumers, we can truly get an insight into what the new portable media player is like from an aesthetic and technical aspect and how it actually stacks up against its predecessor as well as the sixth-generation iPhone.

The embedded chart shows a selection of recorded scores that have been captured using the cross-platform processor benchmark test which is designed to give an extremely quick and accurate measurement of processor and memory performance on any device. A wide range of Apple products have also been tested to give an insight into the performance levels of the different model iPhones, iPads and iPod touches with some very interesting results. 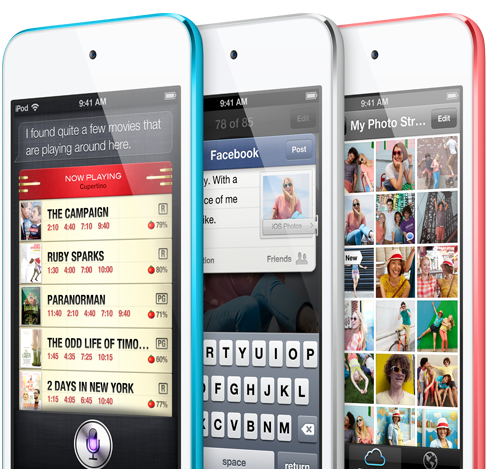 We have already seen a number of technical tests involving the iPhone 5 with users running the device through the Geekbench test as well as the SunSpider JavaScript benchmark test that is designed to compare different versions of the same browser. The latest benchmarks for the latest A6 powered iPhone return a score of 1573, which is first of all significantly higher than its predecessor, the iPhone 4S. Apple’s new iPod touch is the thinnest, lightest and most powerful iPod touch but expectedly only manages to notch up 617 on the Geekbench tests – significantly lower than iPhone 5, twice as fast as 4th-gen iPod touch, almost similar to iPhone 4S. 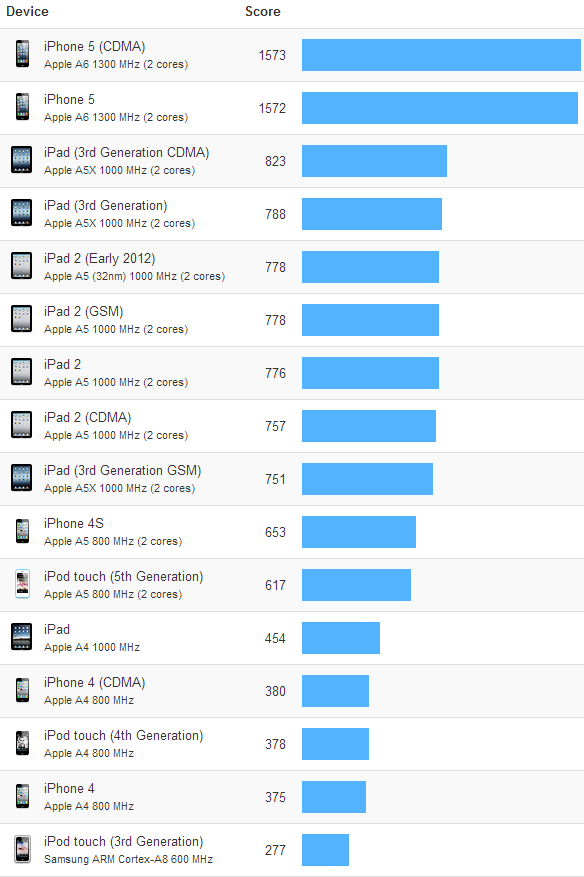 The performance of the latest iPod touch definitely shows progression over the fourth-generation iPod offering, a device that was powered by Apple’s 800MHz A4 processor and measured 378 on the same tests. On the flip side, the tests also show just how significant the increase in performance of the iPhone 5 is compared to all models that have come before it. The dual-core Apple A6 processor that powers the company’s new smartphone dramatically out performs all previous iPhone models as well as the current-generation iPad and deserves its title as the fastest smartphone on the market at the minute.

The chart also gives us a little walk down nostalgia lane by outlining the performance of Apple’s original iPhone back in 2007. The original iPhone and the first-generation iPod touch both had identical Geekbench scores of 176 with the interesting note being that the next two iPod touches to be released returned higher results than the corresponding iPhone.