Over the course of the iPhone’s existence, we’ve pretty much heard every single type of rumor that it’s possible for people to come up with. Large screen sizes, different color variants, budget devices and the possibility of a convex home button to provide a little additional component space for a fingerprint sensor. However, today’s emergence of the possibility of a champagne / gold colored iPhone 5S is definitely up there with the unexpected speculative topics. It may seem a little unlikely to some, but newly leaked images that show purported parts of the sparkling device add more fuel to the growing fire.

It was only a matter of hours ago that we brought you the news about the possibility of Apple launching the iPhone 5S in September with a gold colored version sporting 128GB of internal memory. As we all know by now, things develop rather quickly in the Apple rumor community. Those developments have come thick and fast on this particular topic, with a French technology site posting images that are said to be of Apple’s latest addition to the iPhone lineup.

If real, then the existence of the images seem to corroborate the thoughts of KGI Securities analyst Ming-Chi Kuo who has gone on record as stating that Apple will indeed be offering a gold version of the next-generation iPhone. What’s actually extremely interesting is that the most recent images show off the outer casing / shell of the device, with the color seeming to be a lot more pronounced than previous component leaks that we have seen. Images that emerged over the course of the last few days suggested that the device would carry a very understated gold tone. These latest images definitely seem to step away from that. 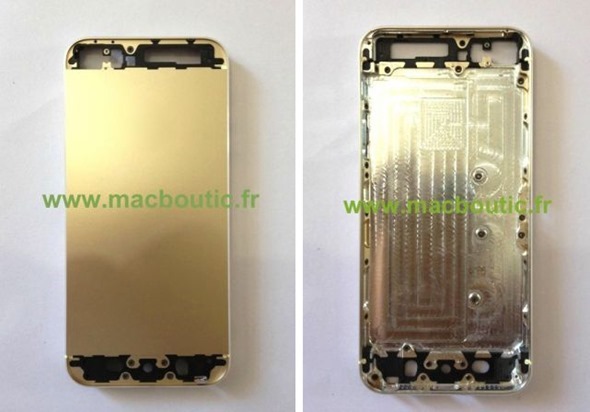 It’s also extremely interesting to note that the source of the images are claiming that they have purposely removed any sign of the Apple branding or iPhone trademark from the back of the device’s shell. It seems rather strange that this would happen, but the lack of any blurring or distortion on the image could suggest that the parts themselves aren’t actually genuine. This however doesn’t mean that the gold or champagne colored device doesn’t exist. A number of well respected and well placed individuals are putting their reputations on the line by stating that this gold variant of the iPhone is indeed going to happen, and happen soon. 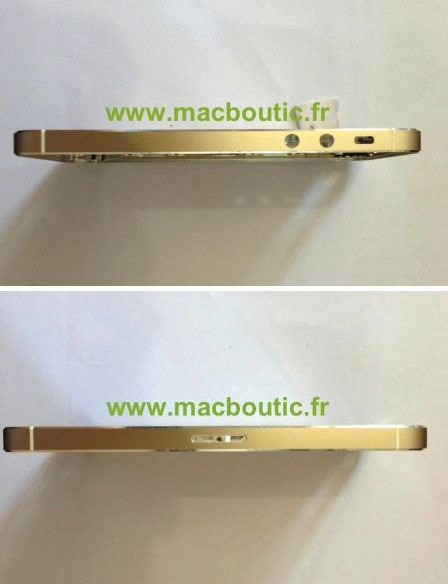 With Apple expecting to hold a media event on September 10th we don’t have long to wait to see what they have in store for us and the future of the iPhone.