The iPhone 5S is widely expected to pack a sapphire-laden fingerprint sensor, which should make the process of unlocking the device a lot more secure. But until it happens, if it indeed ever does happen, the traditional passcode / password tools are your best hope of securing your device natively. If you’re jailbroken, however, there are plenty of additional options at your disposal, and from the makers of the very enjoyable Piano Passcode tweak comes XPasscode, another Cydia gem that allows you to create your very own themes.

As standard, XPasscode packs in four individual themes, including a world map on which you need to tap certain continents in a sequence to unlock, and a game controller that unlocks your iPhone by tapping in a certain code. But while these sound interesting, the truth is, with a little nous, you can go a whole lot further. 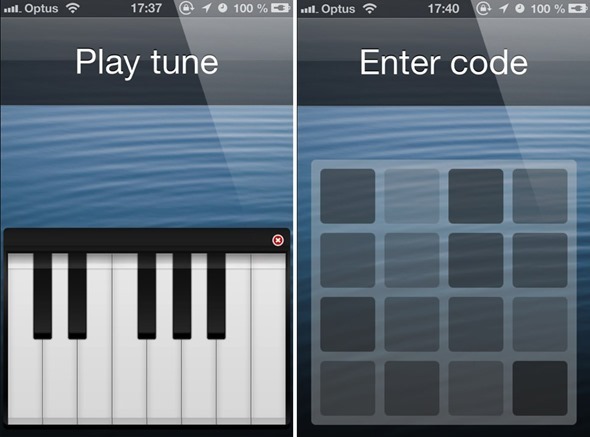 The traditional passcode – let’s face it – is used as a necessity rather than being a feature anybody takes any amount of joy in using, and with the freedom offered by XPasscode, you’ll never have to look at that number pad again; at least, not when unlocking your device.

As well as being able to design what you like, and implement your own button placements and movements, you can also include your own sounds, and since the system doesn’t have to be based on a strict formula, you could decide how much margin for error should be allowed. 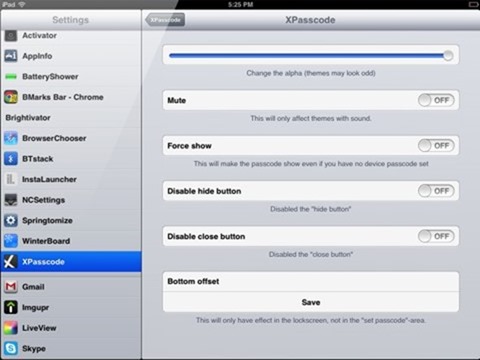 You can tweak your own rules and choose your own codes through the Settings app, but in order to create your own, you’re going to need to involve your computer at some point. Documentation is supplied with the tweak that explains just how you would go about creating your own themes and systems, so you needn’t be too daunted of the prospect. And hey, if you don’t feel like getting your hands dirty, you can always keep tabs on Cydia, which will no doubt be regularly updated with compatible themes made by others. 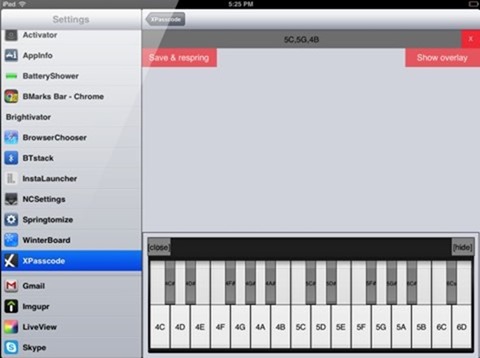 The tweak works with the iPhone, iPad and iPod touch, and requires iOS 5 or higher in order to function. XPasscode costs $1.99, and can be found over at the BigBoss repo. If you previously purchased the Piano Passcode tweak, you can get yourself a half-price discount, leaving you with only $1.00 to pay. If you only ever buy one tweak for altering the way you unlock your device, this should unquestionably be the one, for its rich theming options mean you’ll never have to get bored with looking at the same setup time and again.

Download it, give it a whirl, and be sure to leave your thoughts below!