When it comes to rumors pertaining an upcoming Apple product, it would seem that everybody has something to say. But only certain voices tend to really matter when this topic is brought up, and KGI Securities analyst Ming-Chi Kuo is one such individual. Talking of the soon-to-be-announced iPhone 5S, it appears that Kuo subscribes to the notion that the device will be offered in a third, ‘champagne’ gold color configuration, and on top of that, he also believes the handset will see a 128GB model.

Although many companies have sought to focus on the cloud and thus, placed less emphasis on storage capacity, Apple has continued to expand the range of options on offer to suit the needs of individual consumers. With the introduction of the 128GB iPad 4, the signs were perhaps there that the iPhone would also see version with more space on-board, and if Kuo’s forecast is anything to go by, the top-end iPhone 5S could offer double the 64GB capacity of the priciest iPhone 5.

With the iPhone 5 almost certain to continue selling as the second-in-command to the new device, Apple will be looking for ways to push consumers toward the new flagship, and since, from what we hear, the form factor of the iPhone 5S will remain similar to that of its predecessor, offering more space and alternative colors may just sway prospective buyers towards this year’s model. As Kuo notes:

We forecast the new model will add a new look, a golden casing, and a new option for larger 128GB storage, to offer greater differentiation from iPhone 5. 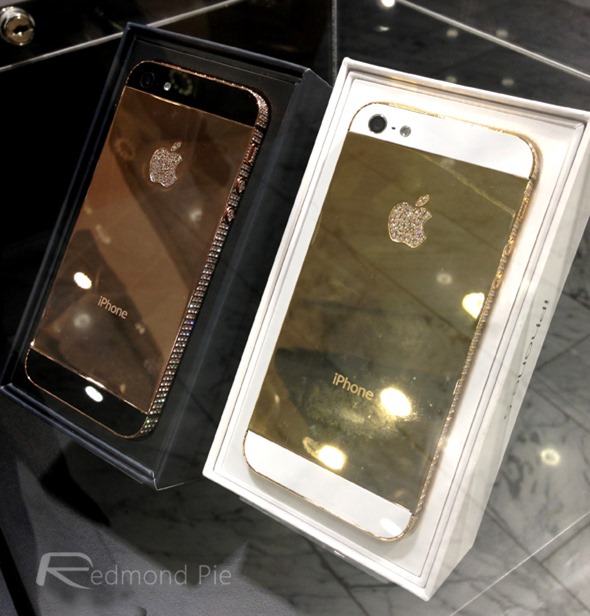 The move could also nudge a 16GB model out of contention, with Apple perhaps going with the 32-64-128 combination. This would mean that, in purchasing the low-end iPhone 5S, consumers will see double the storage space compared with the iPhone 5.

As for internal specifications, Kuo anticipates 1GB of LPDDR3 RAM, alongside a new and improved A7 processor. A lot of the Cupertino company’s  competitors seem to be bumping up the RAM considerably in each new device, but since Apple takes care of both the hardware and software side of things, the entire system can be optimized to use only the necessary amount of RAM – lessening the need for an excessively-powered handset. Along with the aforementioned, Kuo also expects the iPhone 5S to include the sapphire-covered home button with that heavily-rumored fingerprint sensor, and while we’ve heard that Apple’s busy calendar could push the iPhone 5S’s release back to October 25th following a September 10th announcement, Kuo foresees the device as being made available within a couple of weeks of the grand unveiling.