Apple has only just launched the Magic Keyboard for iPad Pro but a new patent shows what could come next.

Discovered today, Apple’s patent shows a keyboard with a hinge that would provide a home for an Apple Pencil.

Current Apple Pencil implementations see it attach to the side of an iPad Pro using magnets and while better than nothing, that method does still have an issue – it’s easy for the Apple Pencil to be knocked off in a bag. This new patent would see the Apple Pencil move to within the keyboard’s hinge instead.

The folio of claim 3, wherein the first hinge assembly comprises a hollow body capable of capturing and retaining a stylus or a pen […]

Accessory articles in accordance with some embodiments described herein can also include other mechanical or electronic features that provide additional benefits to the portable electronic devices. As non-limiting examples, first, a hinge assembly of an accessory article can have an elongated hollow body that can serve as a retainer to receive a digital pen such as a stylus or another interactive tool that can be used with the portable electronic device.

Putting an Apple Pencil into the hinge of a keyboard would allow it to charge and remain in-place even when inside a bag. The patent includes a hole that is slightly larger than a current Apple Pencil for obvious reasons. 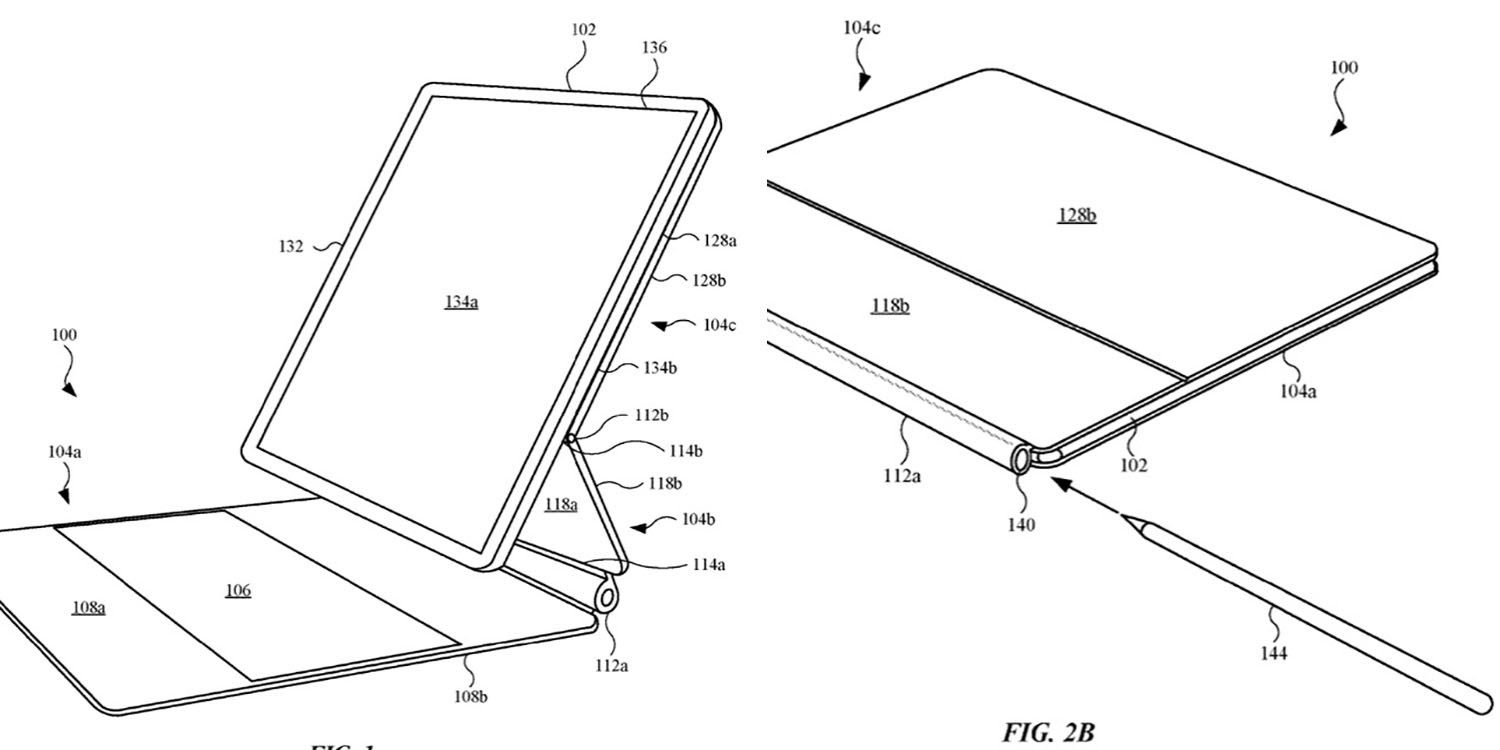 The idea of a stylus fitting inside something isn’t new and it’s exactly what Samsung’s Galaxy Note line of Android phones does. Apple doesn’t want to place an Apple Pencil inside an iPad, so this is the next best thing instead.