Motorola and Verizon have announced not one, but two new Android smartphones that will be arriving on the carrier’s network in short order. The two phones, the Droid Turbo 2 and Droid Maxx 2 may have unimaginative names, but that won’t stop them from taking pride of place in Verizon stores.

The two new phones will be available this coming Thursday and bring with them unique features in order to differentiate themselves from one another. Both Verizon and Motorola clearly expect both to be popular, though, following their announcement earlier today. 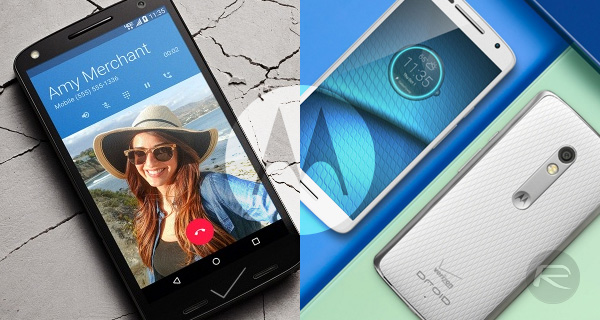 Let’s take a look at both phones in isolation. 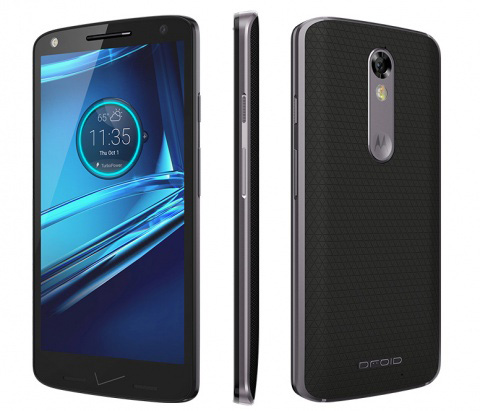 Verizon’s new flagship, the Droid Turbo 2 features supposedly shatterproof screen technology as well as a Snapdragon 810 CPU. That screen is actually a WQHD 5.4-inch AMOLED affair that should give users something nice to look at, even if the phone’s body is a little underwhelming. If you’ve seen one Motorola Droid phone, you’ve really seen them all.

One of the Droid Turbo 2’s standout features is its two-day battery life, at least that’s what is being claimed. 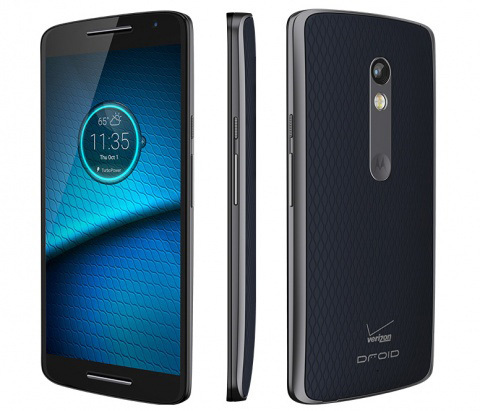 Essentially a rebranded Moto Play, a phone that has been available in Europe for a little while but not the United States, the new name ties in well with the original Maxx’s huge battery life because, as you might have guessed, the new Maxx 2 claims to offer a 48-hour battery life.

Following the Moto Play’s lead, the Droid Maxx 2 features a 5.5-inch, 1080p screen and it also has 2GB of RAM. The device also comes with a water-resistant coating to “protect it from the inside out” from splashes and rain. The bad news? The rebranded phone is only available in 16GB flavor, though it does offer expansion via a microSD card slot. Remember those?

Powered by a Snapdragon 615 octa-core processor and featuring the same 21-megapixel camera that has already proven popular on some of Motorola’s other phones, the Droid Maxx 2 will set buyers back $16 per month on Verizon’s 24-month plan and $384 off contract. 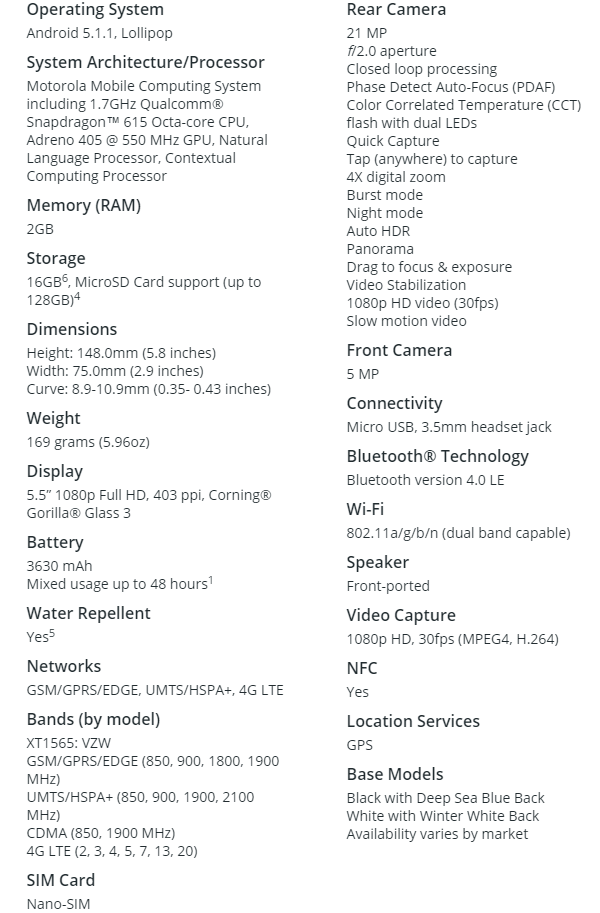 Whichever of the two new Verizon/Motorola phones is for you, they arrive this Thursday. Pop into your local Verizon store to check them out.