Google has announced not one, but two new Nexus Android phones today, namely the Nexus 6P and Nexus 5X, and both look pretty good indeed. Rightly or wrongly, hot on the heels of the arrival of Apple’s new iPhones, it’s almost inevitable that Google’s offerings will be compared with what just came out of Cupertino.

Just like Apple, Google has announced two new smartphones that have differing screen sizes. The Nexus 6P, for example, features a 5.7-inch display and the smaller Nexus 5X comes with a 5.2-inch screen. Both are larger than Apple’s iPhone 6s, and both can boast improved pixel counts thanks to the 2560 x 1440 resolution of the Nexus 6P and 1920 x 1080 brought to the table by the Nexus 5X. Even Apple’s iPhone 6s Plus only has a 1080p screen, and its impressive 401 ppi is dwarfed by both of Google’s new phones. Apple’s iPhone 6s is generally accepted to be the fastest smartphone currently on the market, though, so keep that in mind if performance is key to your buying decision. 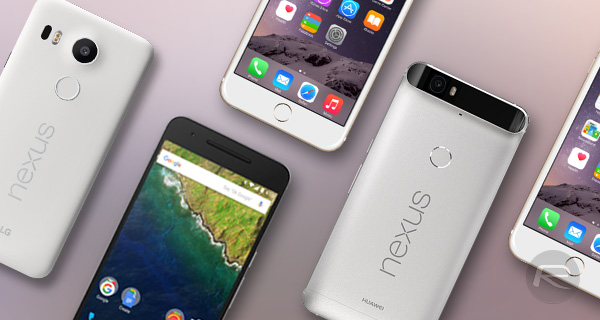 Both of those phones are cheaper than anything Apple can offer this generation as well, and when it comes to RAM, Google either matches or exceeds Apple’s flagships depending on which Nexus you opt for. Whether this matters is a case for discussion given Android’s requirement of more RAM in order to perform properly.

All four cameras are 12-megapixel shooters, or thereabouts, and as a result, they are all equally capable of recording 4K video should you so wish. That capability does, however, mean that the Nexus 5X’s lack of any storage configuration above 32GB appears a little stingy, especially given the sheer size of the files created when 4K video is involved. 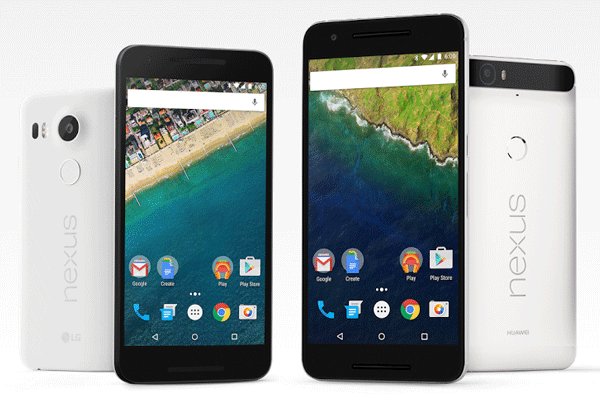 The whole specs comparison of all four new flagship smartphones is best suited to a table of some sorts, and it just so happens that’s exactly what we have. If you’re on the lookout for a new Android or iPhone handset then this is the table you will want to consult before making your purchase, especially if you’re still on the fence as to which phone to buy. If pricing is your main consideration, then the Nexus handsets are hard to argue against at this point, especially given the advancements in this year’s models. That said, iPhone buyers tend to buy Apple’s phones for a reason, be that because all their friends use iMessage or just that Apple’s all-round software+hardware+ecosystem just works for them. Whatever your reason for being on the fence, though, our table should give you a good idea as to which phone is for you.

At the end of the day, you can’t really go wrong with any of the four anyway!