Apple’s new iPhone 6s and iPhone 6s Plus are both now official, and while the two new handsets are very much at the summit of Apple’s smartphone lineup, they aren’t the only two available. Typical to form, Apple has kept last year’s iPhone 6 and iPhone 6 Plus around for a further year, with the venerable iPhone 5s now available as the entry-level handset for those on a tighter budget. A quick look at the iPhones available on Apple’s website shows a choice of no less than five iPhones, and that’s quite a lot.

This being Apple, though, it has already updated its website to reflect the arrival of the iPhone 6s and iPhone 6s Plus, which means that it has also updated the comprehensive comparison chart. In that chart you will see each and every iPhone currently available, along with a whole heap of information. That information makes comparing different iPhones a cinch, and that’s exactly what we suggest you do, if only to see how the iPhone has matured over the last few years. 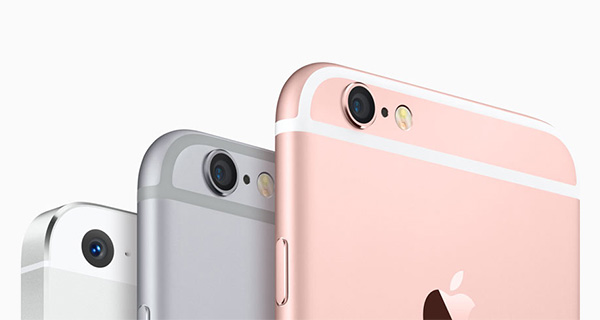 With this year’s 6s models, the iPhone has gained 4K video recording as well as the device’s marquee feature, 3D Touch. It’s those two features that are likely to cause most upgrades and will be amongst the reasons for choosing the latest-gen devices over last year’s models, unless cost is a key driving factor in your decision making process, that is.

The iPhone 6s and iPhone 6s Plus won’t be available to buy until September 25th with pre-orders beginning on the 12th, so you still have time to do your research if you’re not sure which handset to plump for. Our advice? Get the newest handset you can afford – you’re unlikely to be disappointed, especially if you can stump up enough to avoid the iPhone 5s.

Below is a shot of the complete, official comparison chart available on the aforementioned webpage.