Generally speaking, a Golden Master (GM) seed usually represents the final set of changes before going live to the public. In fact, it’s generally the same build number as the GM that actually gets pushed out to devices around the world. We’re extremely close to that happening now with iOS 9, which incidentally now includes a new Siri-related feature that walks the user through a voice training exercise to provide a higher rate of understanding when utilizing the new always-on ‘Hey Siri’ functionality.

If you’re a regular user of Siri, then you’ll probably have made use of the ‘Hey Siri’ functionality in its current form. It essentially allows Siri to be activated entirely hands free by saying ‘Hey Siri’. But there’s a catch. As it currently stands, the device needs to be plugged into a power source before it can recognize the audible instruction. The introduction of the iPhone 6s and iPhone 6s Plus do away with those limitations by offering a truly “always on” experience for Siri, thanks to the new M9 coprocessor.

Apple’s implementation of this new voice training wizard for ‘Hey Siri’ in iOS 9 is extremely simple and designed to get users up and running as quickly as possible with minimal fuss. It is there to help better recognize your voice. The system will request that the user reads and speaks several different phrases in a row to allow Siri to listen, analyze, detect and store the pronunciation of the user’s speech patterns. Only when Siri is happy with its level of detection will the assistant allow the user to proceed to the next stage. The whole end-to-end process includes five steps and involves repeating phrases such as ‘Hey Siri’, and ‘Hey Siri, it’s me’. 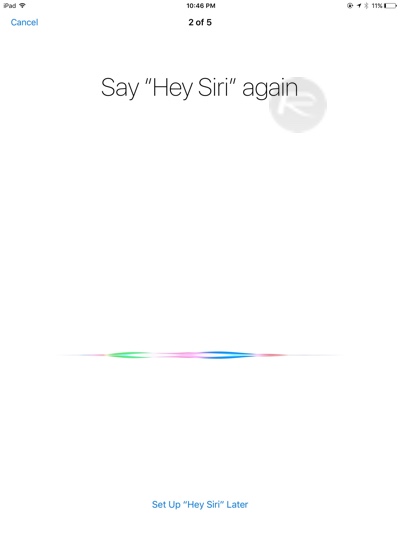 To get started, on your iPhone, iPad or iPod touch running iOS 9 GM or later, head to Settings -> General -> Siri and turn the toggle on for Siri. Next turn the toggle to on for Allow “Hey Siri” and set it up. 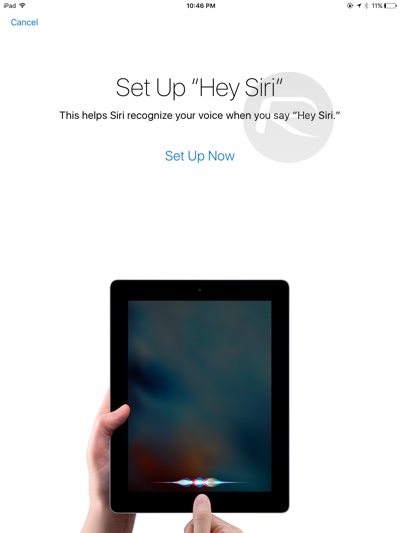 The introduction of the new voice training feature as part of the final iOS 9 build seems to exist to improve detection accuracy when trying to communicate with Siri. There’s been some discussion regarding the possibility that the new feature is intended to ensure that only the owner of the device can activate the ‘Hey Siri’ always on feature, but there doesn’t seem to be any actual evidence to support that theory. There’s a potential that Apple will one day extend Siri to reply solely to a trained “owners” voice, but that day doesn’t appear to be here just yet.