The Courier might have been canned, but its spiritual successor is alive and well in the Surface Neo. Microsoft announced it during a big event today, along with the fact that it will run a special version of Windows dubbed, Windows X.

Unfortunately it’s going to be a little while before anyone can get their hands on the Surface Neo, though. 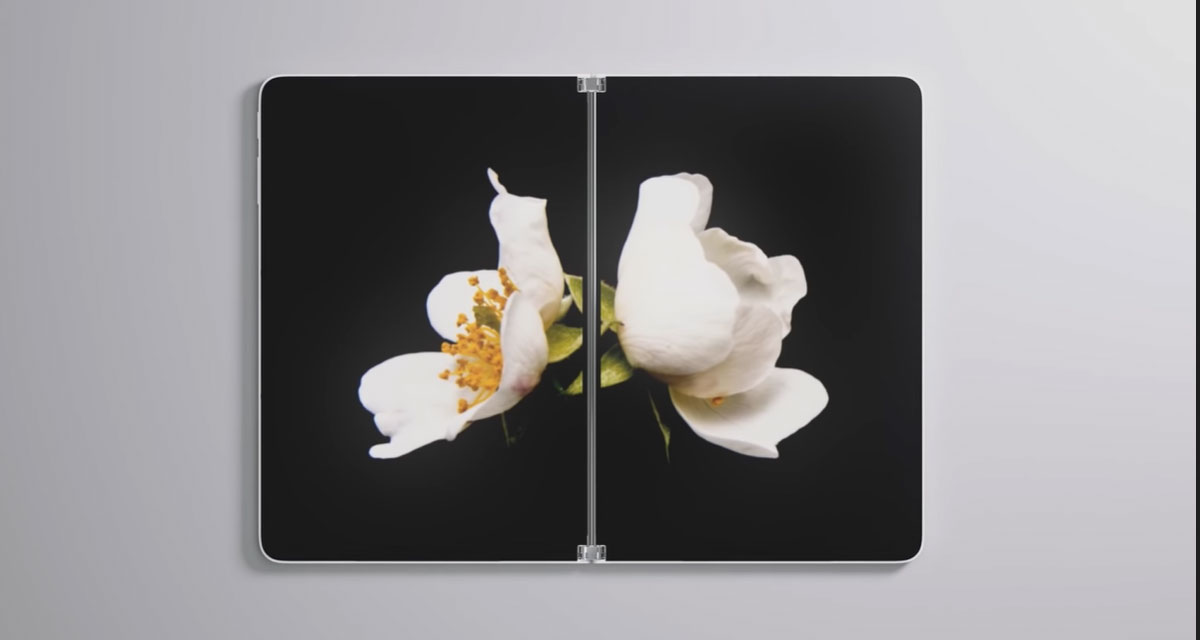 Microsoft says that we should expect it around “next holiday” which seems a long, long way away. That probably explained why the phone shown on-stage appears to be closer to prototype than shipping product.

Where Surface Neo really gets tongues wagging is its use of two displays that close and open on a hinge. Imagine a Galaxy Fold but with two screens rather than one. That should hopefully alleviate some of the Galaxy Fold has been having, at least. Each of those screens is 5.6mm thick and they measure 9-inches apiece.

Processing will be handled by a custom Intel Lakefield processor, with a so-called “11th Gen” graphics processor handling both of the screens.

Accessories will be plentiful. The new Surface Pen attaches to the back of it when not in use, and there’s a keyboard that also magnetically attaches to the back of the Surface Neo. The keyboard can be placed on top of one of the screens which makes the whole thing look like a MacBook Pro with Touchbar. Hopefully this thing proves more popular than that!