Windows 7 was released on 22nd October last year. Meant to be the real successor to the extremely successful XP, Windows 7 added features like Superbar (overhauled taskbar), multi-touch support and better networking. But the most significant new thing about W7 was the smooth performance and reliable driver support. 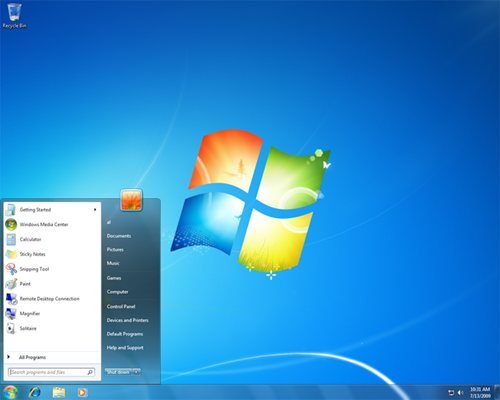 Today, Microsoft announced on their official Windows blog that Windows 7 is the fastest selling operating system in history. As of last month, it has sold 240 million licenses (almost a quarter of a billion) and is running on 93% of “new consumer PCs” as well as having 17% global OS market share.

Matt Rosoff of San Francisco Chronicle has something very interesting to say, though:

I’ll give Microsoft credit where credit’s due. Windows 7 is mostly a pleasure to use. It’s unquestionably better than Vista, and makes my five-year-old Windows XP system feel a little stale.

But apart from a few upgraders who can’t wait to install the latest and greatest, most people don’t buy Windows. They buy new PCs. About 93% of those PCs in the consumer space come with Windows. And the latest version of Windows is Windows 7.

In other words, Windows 7 rode the PC run rate to 240 million in sales. If PC sales continue to grow, as they’ve done almost every year with only a couple interruptions during recessions, then every version of Windows is going to be the fastest-selling version of Windows ever. Microsoft bragging about Windows licenses is sort of like a tire manufacturer bragging about sales of tires on new cars.

Whether you look at it that way or not, the fact of the matter is: Windows 7 has been a roaring success for Microsoft. They needed it after the disaster that was Vista. And Microsoft deserves the success too; for Windows 7 is one heck of a magical operating system. [via Windows Team Blog]