NitoTV has posted a screenshot over on Twitter of, quite possibly, the first ever app for 2nd generation Apple TV. 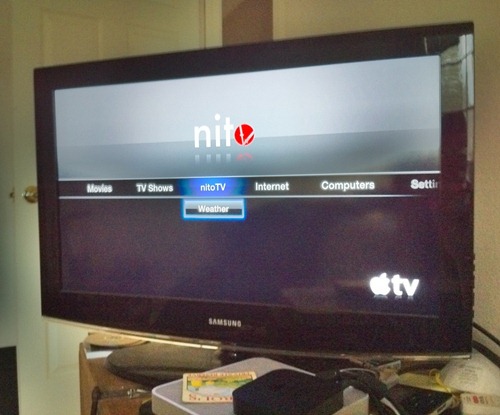 From what we can tell, it’s a simple weather app. You choose a location, the app pulls in relevant data from the internet and provides the info on your TV along with a little graphic. 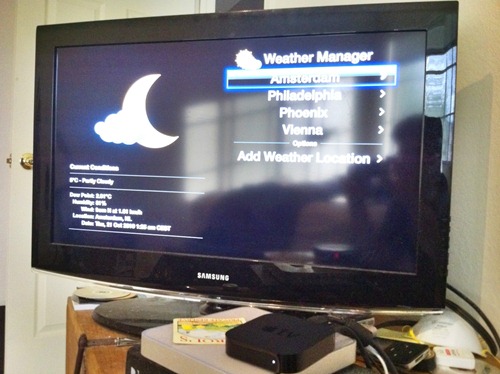 IMPORTANT NOTES: build as RELEASE and build the shell script target, the atvBundle target (or whatever i named it) is there just so autocomplete works, it serves no other purpose.
enjoy!

oh and ill do my best to have a basic nitoTV out soon with at least Weather and RSS feeds working.. other stuff will take longer.