Microsoft has taken the wraps off another new keyboard, adding to an ever increasing list of peripherals offered by the company.

The latest, dubbed the Microsoft Modern Keyboard with Fingerprint ID, is not yet available to buy but is instead listed as “Coming Soon” in the Microsoft Store. 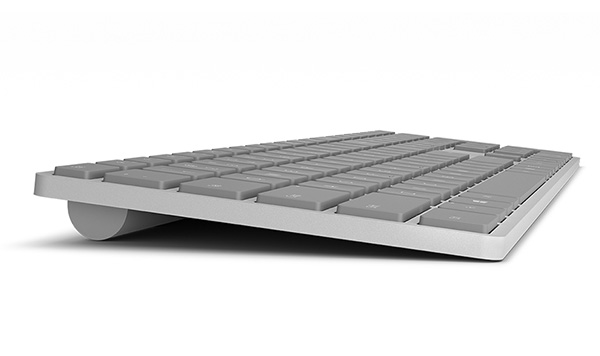 To look at, the keyboard is initially identical to the Surface Keyboard that arrived back in October of last year, and just like that keyboard this new one can be used either wirelessly via Bluetooth or via a USB wired connection should the user so wish. The main difference between the two keyboards is the addition of a new a Windows Hello-enabled fingerprint sensor that has been placed right next to the right Alt key.

One thing that is not present on the new keyboard is any kind of Surface branding, something that Microsoft appears to have decided will be the case moving forward. Two other accessories, the Modern Mouse and new Microsoft Arc Mouse, are both also listed in the Microsoft Store as “coming soon” and again are completely without any form of Surface branding as well.

While there is as yet no indication when the new Modern Keyboard with Fingerprint ID will be ready to ship to eager punters, there is one thing that the new Microsoft Store listing tells us, unfortunately, and that is the fact that this new keyboard will not be cheap when it does finally become available, with a price tag of no less than $130 having been slapped on it right now.

However, when compared, for example, to Apple’s Magic Keyboard at $99.99 but without the fingerprint technology, perhaps the price is not so ludicrous, after all. In fact, the Magic Keyboard with Numeric Pad costs $129, which is a mere dollar less than Microsoft’s offering, so make of that what you will.