Some of our readers may just be waking up to welcome in 2013, but Microsoft is as keen as ever to carry on the promotional campaign of Windows 8 and have used the first day of the new year to publish a number of commercials to their YouTube account which show some of the more powerful aspects of the new Windows 8 operating system. It’s no secret that January is one of the busiest shopping times of the year, with consumers wanting to snap up the latest and great technology at bargain prices, so it makes perfect sense for the Redmond company to strike while the iron is hot and get people talking about Windows 8 again.

One of the newly published commercials features a rather catchy song from an Australian singer and songwriter known as Lenka. Although the advertisement has recently been published on Microsoft’s YouTube channel and may be starting to air for the first time in certain territories around the world, it has actually been shown in the United Kingdom since the launch of Windows 8 in October of last year. The ad features Lenka herself dancing to her own "Everything at Once" tune with various aspects of Windows 8 being thrown at the viewer to entice them. 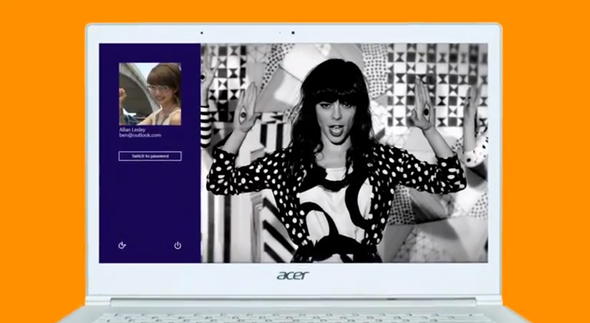 The new "Free To Be Me" commercial is once again shot on top of a catchy soundtrack, with a number of Windows 8 capable devices being shown in the hands of creative users. The new Paint app in Windows 8 is shown extensively to create and edit artistic based files and then being uploaded and shared through SkyDrive, all with a few simple touches. It’s unlikely that we would be able to create the impressive sketches in Microsoft Paint that are featured in the commercial, but it all looks very functional and feature rich.

As we have seen in the past with Windows 8 and Surface tablet commercials, it seems like Microsoft is attempting to not only show off the powerful feature sets which come with their hardware and software, but also show the wide variety of uses and interactivity levels that form Windows 8. There’s no denying that Windows 8 is the most powerful Windows release to date, but time will tell if Microsoft gets the traction that they so badly need in 2013.