Although the vast majority of you on desktop or notebook machines will be running either Windows or OS X, a growing number of folks are opting for Linux, and for ease of use and all-round performance, Ubuntu is by far the least complicated solution. It’s seen as a great platform for new-to-intermediate Linux users to ease their way in, and now Ubuntu has an exciting new project on the horizon. Details remain under wraps, although a countdown clock on the Ubuntu webpage running through 8AM ET on Wednesday, January 2nd, drops more than a big hint of a touch-based operating system.

"So close, you can almost touch it." That is the banner plastered over the Ubuntu home page, and unless they’re simply trying to throw everybody off, I think its safe to say touch-based functionality will at least be getting an honorable mention on the morning of the 2nd. With the Consumer Electronics Show, or CES, just around the corner, it may just be that Ubuntu is looking to tap into the mobile market, following fellow open-source outfit Mozilla, which is currently cracking on nicely with the Firefox OS. 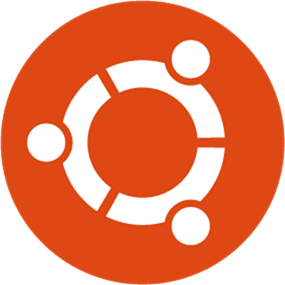 Canonical Ltd., the software company behind the iconic Ubuntu desktop software, has made no secrets of its desire to bring its Debian Linux services to the mobile playing field. Founder Mark Shuttleworth highlighted as much in a brief chat last month, with the ultimate goal being to coax more desktop users into experiencing Linux on their computer.

The announcement on January 2nd will, if not entirely, likely give us an insight into exactly how Ubuntu will mix it in the world of mobile devices, and with 14.04 LTS not due for another 18 months or so, this should give Ubuntu fans something to sink their teeth into for the time being.

We’ll of course have all of the details pertaining the announcement when it arrives so stay tuned to our coverage here at Redmond Pie.

In the meantime, why not check out our guide on how to get Ubuntu Linux up and running on the most popular Android device on the market – the Samsung Galaxy S III?