The iPhone 5 and iOS 6 may only be three months old, but as we know, companies tend to get straight to work on the successor to any new release. So it should come as no surprise, then, to learn that developers have spotted signs of a handset named ‘iPhone6,1′ running on iOS 7, and according to the developers whom spotted the activity, this is the first time the new iPhone has shown any trace of existence.

The iPhone is expected to release at some point between the second and third quarters of this year, but perhaps equally exciting, is the prospect of iOS 7. The last installment of Apple’s mobile software didn’t exactly run to plan, but with Maps improving and Scott Forstall seemingly scapegoated for the shortcomings of iOS 6, the Jony Ive era is something which, quite rightly, excites most Apple fans.

Whether you love or loathe the Cupertino company, there’s no denying that the product design tends to be cutting edge, and since Ive is responsible for the look and feel of the vast majority of Apple’s releases, he would seem the best qualified to drag iOS from its mini-slump.

TheNextWeb has seen some of the developer logs, and reports that app requests therein derive from an IP address situated within Apple’s Cupertino headquarters. Whilst OS and hardware data can easily be manipulated, the IP address suggests this is not the case, but rather an Apple engineer doing a spot of testing.

Due to the executive reshuffle, coupled with the fact that it’s still early doors, very little is known of iOS 7, but from what we’ve gathered thus far, it would seem the skeuomorphic designs – in which certain elements of apps are made to look like real-life materials – could be completely eradicated. Although the stitching, leather, and paper effects have been omni-present since iOS’s inception, Jony Ive is said to hate them, and since it’s such an integral part of iOS, we could be in for a significant design overhaul. 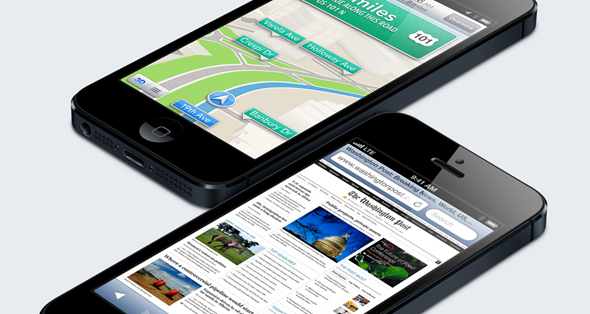 With regards to the next iPhone, the consensus seems to be that it’ll carry the "5S" moniker, and aside from the usual bump in processor, also continue to drip feed features we should have seen by now; notably NFC.