Announced at E3 2019 and penned in for a release on an as yet unknown date this year, the next installment in the Microsoft Flight Simulator series is shaping out to be quite the game. After making available a tech alpha for the game at the tail end of 2019, developer Asobo Studio has been revealing details about the game in development updates and a series of “Feature Discovery” videos.

In the latest episode of said series, lead game designer Sven Mestas delves into airports coverage and design, revealing that the development team manually edited an unprecedented 37,000 airports, all for the sake of accuracy. That is quite the feat, one that employed a specialized editing tool and satellite images. 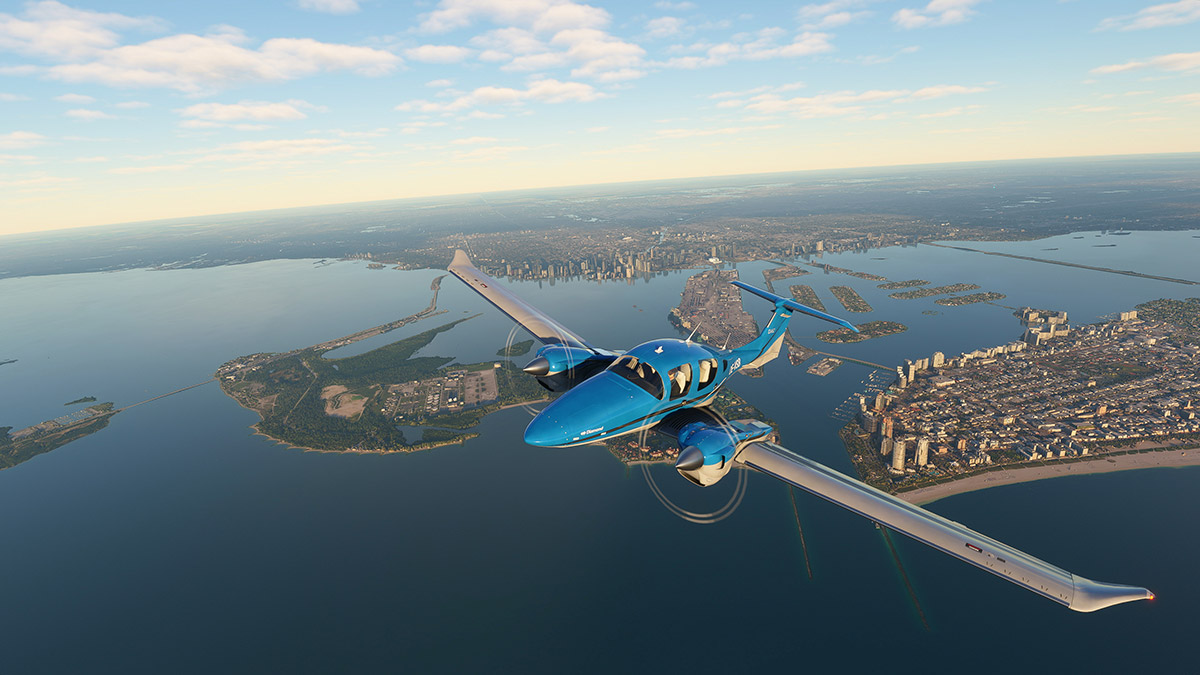 After a lot of triage and selection, we edited 37,000 airports. In order to reach a new level of reality in flight simulation, we needed a new approach. That’s why we decided to innovate by editing airports from real aerials and satellite pictures. This technique involves editing each airport manually, which means particular attention to details has been given to every single one of them to bring them a step closer to reality. This work has never been done at this scale and that’s why we needed to create a specific tool for developers to handle airport editing.

Mestas goes on to walk viewers through each step in the editing process, from marking each element within an airport to post-processing, which entails the use of algorithms to automatically give form to each airport.

In addition to this, the developer picked out 80 of the “most played and busiest” airports, putting in extra work to make them even more convincing, such as giving taxiways their official names, molding landscapes to match their real-life surroundings, complete with unique structures.

You can watch the full episode below.