Microsoft has been working very hard to boost consumer interest in its Office suite, offering a series of deals and promotions over the past couple of months. In the latest, the software maker will be offering full on Office 365 access in a new ‘Personal’ package that allows customers to activate the service on one PC or Mac, and one tablet, for just $69 per year. Full details can be found right after the leap.

If you just wish to tether just yourself to the Office 365 plan, then the Personal package is by far the best option available to you. But it’s worth pointing out that for $99 per year, the Home subscription package offers a great deal more flexibility, licensing a total of five PCs or Mac and a further five tablets for a whole year.

When subscribed to Office 365, you’re able to view and edit documents on-the-fly, and while the read-only free option is workable if you don’t spend much time editing, you’re very much restricted by what you can achieve unless you opt to pony up for a proper package.

As well being on the campaign trail to get consumers using Office, Microsoft has clearly been working on expanding the reach. Up until fairly recently, Office was a Windows-only affair, with Apple’s Mac OS X being among the very few platforms with privileged access. However, in rolling out Office 365 across the board for those on Android and iOS, the various productivity apps that have capitalized on Microsoft’s sluggishness to adapt to the modern mobile world will surely struggle to compete with a product that remains – even after all these years – the authority in its field. 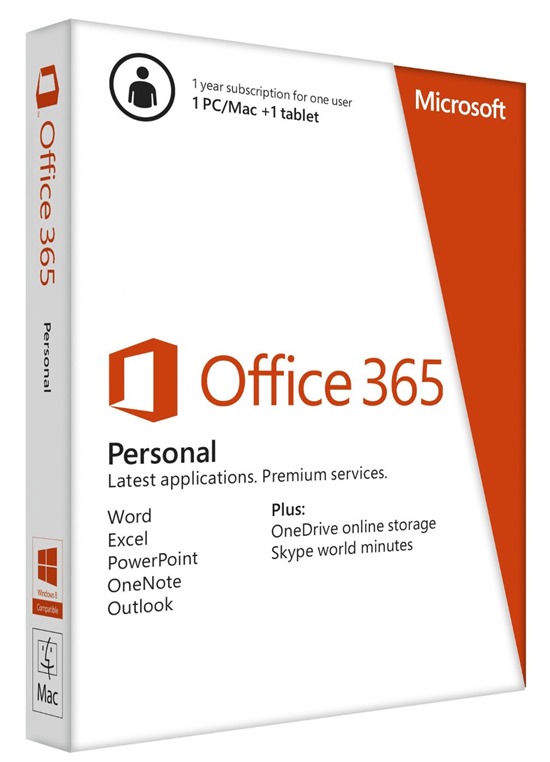 So, if you want to hook up your tablet and desktop / notebook with an Office 365 subscription, then be sure to check out the new Personal package on offer by Microsoft. Before you part with any of your hard-earned money, however, you may also wish to saunter on down to Amazon, where you can also find some decent savings on Office 365 subscriptions including Home for just $63.

Given that this new deal is now on the table, will you go ahead and pick up the full Office 365 subscription package with all the bells and whistles therein?