No sooner is a device released boasting new and exclusive software features, than is its carcass picked at by the ravenous Android community, and said treasures are subsequently ported to the scrambling masses. The HTC One M8, which, even in the fast-moving world of the smartphone, is still brand new, offers the nicely-revamped Sense 6 launcher, which, created by HTC, is supposed to serve only devices bearing the Taiwanese company’s logo. However, “exclusivity” is simply not in the language of any respectably Android fan, and thus, it should come as little surprise that Sense 6 is well on its way to being ported to the Google-made Nexus 5.

I say on its way because, even though it has been ported, it’s still very much in alpha state at this moment in time. The work is ongoing over at XDA-Developers, with some encouraging inroads having already been made at such an early stage, but unless you’re a seasoned Android modder / hacker / developer with a decent amount experience, then you’re strongly discouraged from dabbling in this particular enterprise for the time being. 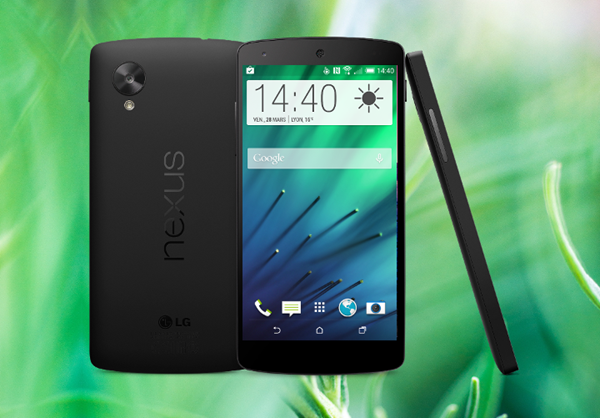 One of the perks of using the Nexus 5 – or any Nexus device, for that matter – is that it runs on stock Android. This means that users get updates almost as soon as they’re released by Google, with none of the cumbersome waiting around for carrier / OEM intervention that most other device owners must endure. Additionally, many prefer the fact that bloatware – Sense being included in this description – is not beset upon them. But while the stock Android experience is preferable due to its versatility, this isn’t necessarily to say that the option of features like Sense 6 would not be welcomed by some users.

XDA-Developers member GalaxyUser, who thankfully, dabbles in devices other than those created by Samsung, has had some success in getting the HTC One (M8)’s Sense 6 launcher onto the Nexus 5, with some functions, including the touch screen, Wi-Fi, Bluetooth and sensors, already up and running. Still, there’s quite a bit of work to be done before any Nexus 5 user will be able to enjoy a seamless Sense 6 port on their device, so if you believe you have the know-how that could help advance the cause, be sure to make your way over to the original thread on XDA.