Microsoft today announced its own take on the foldable phone in the form of the Surface Duo, and it’s running Android, too.

If you’ve already seen the Surface Neo that was also announced during the same event, this will look instantly familiar. It’s basically the same form factor but shrunk down to something a little more pocket-safe. There are two 5.6-inch displays that will unfold to give you a mini tablet to the tune of 8.3-inches. 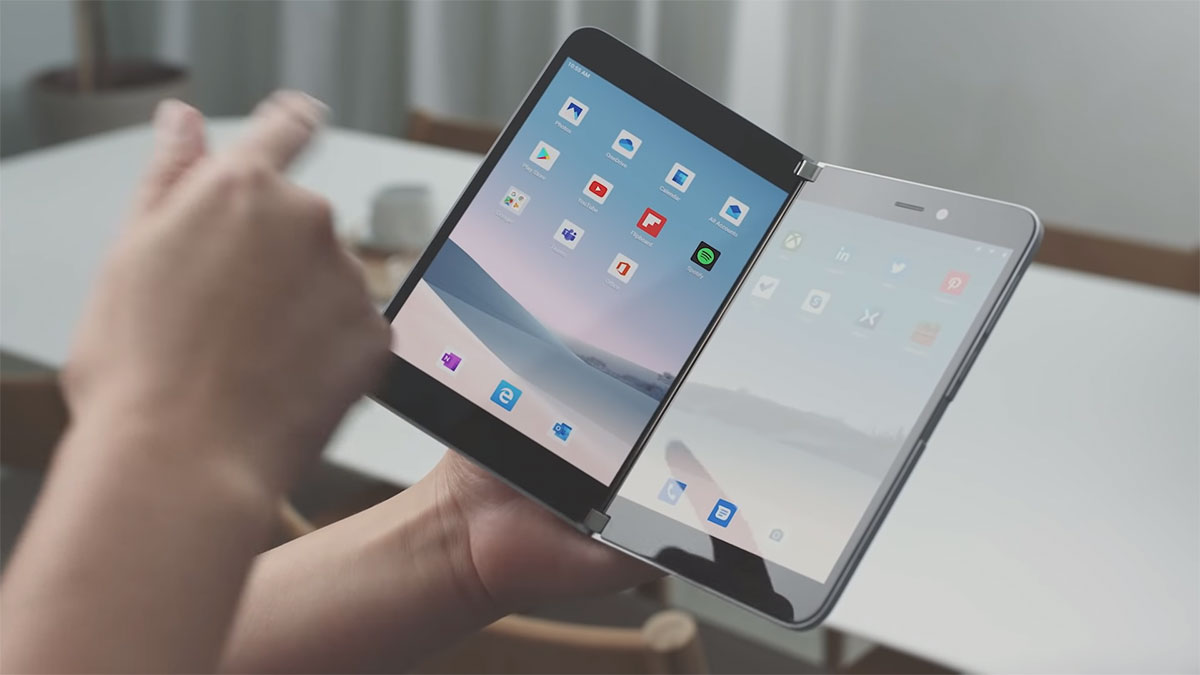 Multitasking is going to be killer on this thing thanks to both screens and their ability to run two apps apiece. That gives you four apps at a time, something that will surely test the Snapdragon 855 processor that will power this thing.

None of this is going to be ready until holiday 2020, so don’t expect to be buying this fancy little gadget any time soon. That also means that we don’t know what version of Android we should expect the Surface Duo to ship with, or how software updates will be handled, either.

No matter the answers to those questions, this is an interesting approach to foldable phones given the struggles Samsung is having with the Galaxy Fold. By using two screens rather than a single foldable one, Microsoft will be hoping to avoid the structural issues that have befallen its competitor.

We’re so far out from this phone shipping that there’s plenty of time for more information to be announced. And we can’t wait to find out more about what could be the most interesting device of 2020.