Apple is currently pushing macOS Big Sur 11.3 through its developer beta program and we are beginning to learn more and more about what that particular update will support. Turns out, it’ll even let people emulate a game controller using their keyboard.

Spotted by MacRumors, the update will allow people to map their game controller inputs to their keyboard and even a trackpad, giving them more options when playing games.

With Controller Emulation toggled on, common game controller buttons are mapped to keyboard keys and mouse buttons. X, for example, is mapped to Q, the direction stick is mapped to WASD, and Y is mapped to E. L1 and L2 can be accessed by pressing Tab and Shift, respectively, and the Space Bar is the A button.

This addition will allow iPhone and iPad games running on M1 Macs to be played without the need for a game controller.

Touch Alternatives will also allow gamers to play without a touchscreen, something that can be vital if you’re playing an iPhone or iPad game on a Mac.

The macOS 11.3 Big Sur beta also includes the aforementioned Touch Alternatives panel for mapping touch-based features like tap, swipe, drag, and tilt to keyboard keys, and it has a feature for making ‌iPhone‌ and ‌iPad‌ app windows larger. 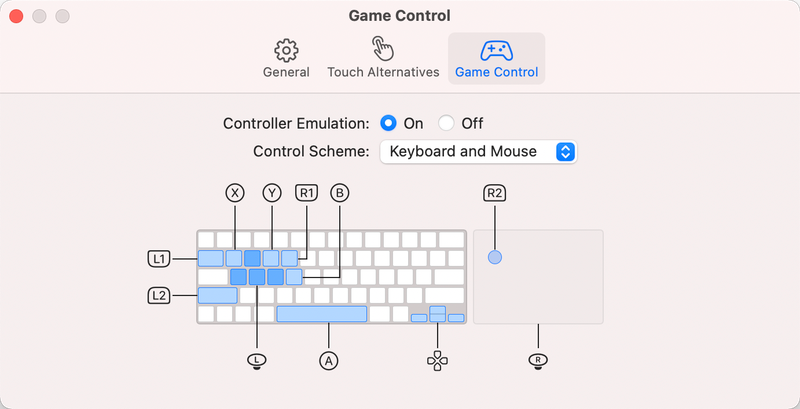 The macOS 11.3 update isn’t yet available to the public, but it’s only a matter of time before it is. Apple hasn’t officially announced this feature so there is always the chance that it will be removed before macOS 11.3 is released into the wild. We can only hope not, though.