The last few weeks may seem like they have been all iPhone and Nexus announcements or releases, but Microsoft got in on the act earlier this week by announcing two flagship smartphones of its very own. The much-rumored Lumia 950 and Lumia 950 XL are now very real.

With the competition for the high end smartphone market always a strong one with Apple, Samsung and HTC duking it out amongst others, Microsoft is trying to compete in a territory that it hasn’t before managed to breach. The new Windows 10 Mobile powered Lumia 950 and its larger XL model are set to go toe-to-toe with some of the best smartphones around, and if the specifications are anything to go by, they might have a fighting chance. 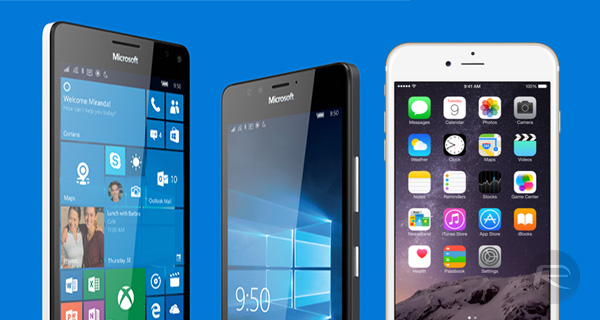 When compared to the iPhone 6s and iPhone 6s Plus, for example, the two new Lumias pack quite a punch in all of the specifications that matter. The screens of both of Microsoft’s new handsets have higher resolutions and more pixels per inch than either of Apple’s offerings, with both Lumias boasting 564ppi screens. Apple’s iPhone 6s Plus? 401ppi.

Microsoft continues to win the numbers game when it comes to cameras too, with both of its Lumias coming with 20-megapixel shooters. By comparison, Apple’s latest flagships both carry 12-megapixel cameras. All four smartphones feature 5-megapixel front-facing cameras, however.

There is, of course, a lot to a smartphone than a table with lots of competing numbers in it, but it’s clear at least that Microsoft’s new Lumia 950 and Lumia 950 XL have enough to get some attention, even if, potentially, not sales. The Lumias’ biggest problem could be Windows 10 Mobile as Android and iOS are now very much entrenched in the minds of the smartphone buying public. Even though the platform’s Continuum feature (requires Microsoft Display Dock, sold separately) seems like an offering from the future, will it be enough to help Microsoft and Windows truly compete?