If you’ve been around mobile devices for any length of time prior to the big iPhone and Android boom of the last 8 years, then you will be very familiar with the Windows Mobile name. It’s what adorned plenty of devices back in the day, and while it didn’t always mean quality, it did at least give the enterprise something to latch on to. Now, years after Windows Mobile became Windows Phone as the whole Metro interface arrived, the old faithful has returned. Say hello to Windows 10 Mobile.

That’s the name that Microsoft has today confirmed will be used when the new Windows 10 arrives on mobile. The move away from the Windows Phone branding started last year, and with the operating system now set to live on both tablets and smartphones it makes sense to use a name that fits Microsoft’s overall branding while not tying itself to the smartphone. 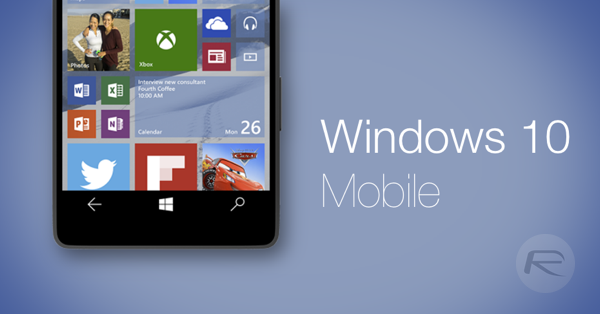 The ‘Windows Mobile’ branding will be familiar to some reading this, and by using the Windows 10 naming Microsoft is hoping to streamline its naming scheme across the board. With Microsoft trying to make a point that Windows is Windows no matter where it’s running these days, having everything use as close to the same naming theme as possible ties in with that.

But the problem is that Microsoft’s choice of name for its mobile version of Windows, like for its many other products in the past, has seen plenty of change over the years. Having gone from the original Windows Mobile moniker to Windows Phone 7 Series before settling on Windows Phone, Microsoft’s branding for its products and services has been a mess. And now with Windows 10 Mobile, Microsoft is only setting a tone to keep its customers confused, rather than streamlined to a name which they are already familiar with.