Concept videos are now part and parcel of the technology industry, and with fans and other interested parties now more than capable of creating highly detailed concept art, some of the resulting works are absolutely stunning. Even if you don’t think they are even remotely close to a real, shipping product you have to at least take your hat off to the work.

The latest of the excellent concept videos to get our attention is by SET Solution and features what is being dubbed the iPhone Air. With the iPad Air and iPad Air 2 joining the already popular MacBook Air it isn’t beyond the realms of possibility that Apple would launch an iPhone with the same suffix, but we won’t be holding our breath. Regardless, the concept shows a phone that certainly has our attention. 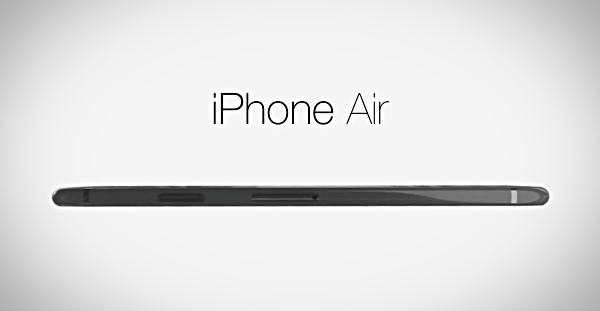 With a chassis that is just 4.3mm thick and a screen of 4-inches, the device shown in this concept video is unlikely to see the light of day anytime soon, if at all, but that won’t stop us from lusting after it. Apple seems determined to make its hardware as thin as possible these days, and with the iPhone 6 already arguably too thin we don’t see Jony Ive and his team stopping in their quest for the ever-decreasing bulk.

The concept isn’t all about looks either. According to SET Solution, this iPhone would feature a 1920 x 1080 full HD screen, 13-megapixel camera with 4K video recording support and 32GB or 64GB storage options. The lack of a 128GB option is interesting, but there you go.

The next iPhone, whatever it is called, is likely to arrive some time this September. More likely to be a speed-bumped iPhone rather than a whole new design, the next smartphone to come out of Apple will probably be dubbed the iPhone 6s and iPhone 6s Plus though at this point we don’t know whether the newly rumored 4-inch iPhone will be unveiled also.

We shouldn’t have to wait too long for the leaks to really kick into gear anyway, so hopefully we will start to get more information sooner rather than later.