It’s no big secret that cases of Android malware have been sharply on the rise, and as such, there are now various counter apps from security firms, all purporting to offer the best possible protection.

If you’ve ever been on the hunt for a utility to protect you from the bad stuff threatening the security of your beloved Android device, you will likely have encountered Lookout at some stage. Although regarded as one of the best in the business, there has always been a couple of glaring flaws preventing it from being deemed as the "complete" solution.

Mainly, it was the lack of SD card scanning and real-time app monitoring for side-loaded apps which always held Lookout back, but thanks to an update, those issues have been eradicated for good. That’s right, Lookout’s developers have finally seen sense and implemented the two pivotal features, rendering the app extremely well-rounded, and the obvious choice when considering the best line of defense for your Android device. 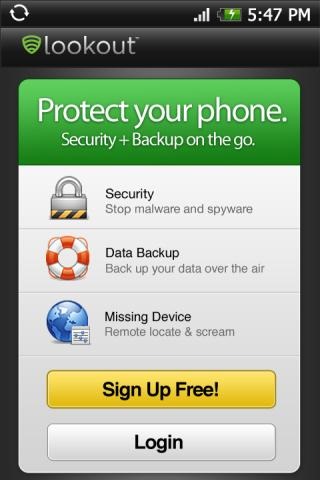 File System Monitor is the title of the feature keeping watch over the files on your SD card in real-time, so unlike before, you don’t need to wait for an infection to begin causing you grief before something is done about it. Install Monitoring scans side-loaded apps whilst they’re being installed, which will be a great help considering the amount of dodgy, unauthorized apps reported to be floating about. 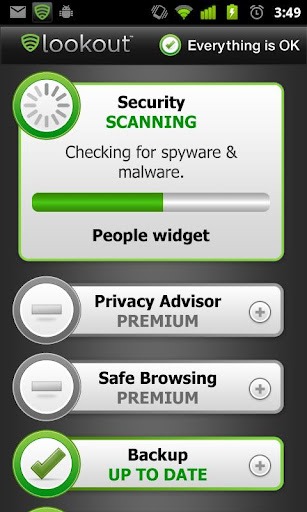 If you’re worried about potential excess battery use, the file system monitor has, according to Lookout, been designed in such a way so as to not adversely impact battery life. Having said that, even if it did siphon a little battery out, the benefits most certainly outweighs the loss.

The rate in which Android infections have been cropping up is extremely alarming for those running Google’s mobile operating system. New malware seems to be cropping up on a monthly basis, and to add insult to injury, they’re usually released under the guise of the Google Play Store’s most popular apps. 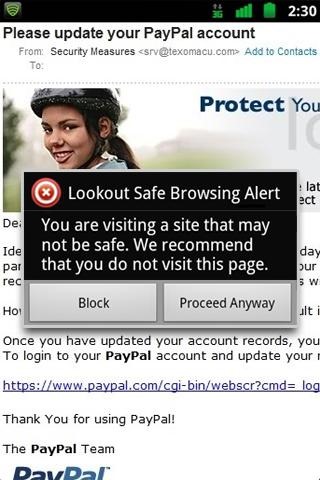 Of course, the best way to avoid potential threats is to avoid unauthorized app outlets, and having a decent security suite installed doesn’t hurt either, so why not grab the updated Lookout app from the Google Play Store link below.