It’s been a big day for Apple, with its media event earlier today seeing the launch of a new iPad and new or improved software services and apps for both teachers and students.

It’s also announced some new accessories, both first-party and from one of its partners, Logitech.

Starting out with those relating to that new iPad, Apple announced that Logitech will start selling what it calls the Crayon, an Apple Pencil-like device that costs just $49, half the price of Apple Pencil, and uses same tech as Apple Pencil for latency/tilt but no pressure support. It connects directly to iPad via a single frequency (no Bluetooth) and has 8 hours battery, rechargeable via Lightning connector. The device is only compatible with the new 2018 9.7-inch iPad and will be sold to students and teachers only, for which a $99 Apple Pencil may be a more difficult sell than if it was being pushed alongside Apple’s highest end iPad Pro even though those in education can now grab Apple Pencil for $89 instead of $99.

Alongside the Crayon, Logitech will also be selling a $99 Rugged Combo 2 iPad case with a slot for keeping a stylus safe and a keyboard that is attached via Lightning port (yup, no Bluetooth or Apple Smart Connector connection going on here). We don’t yet know when either will be made available, but we don’t expect them to be too far out into the future.

Finally, we have some bad news for anyone who spent a small fortune buying a Space Gray Apple Keyboard, Magic Mouse, or Magic Trackpad from someone who picked them up alongside an iMac Pro. Apple today announced that all three can now be bought without having to hand over the cash for an iMac Pro as well, meaning they are no longer exclusive to that line of Mac. None of them are cheap, though; the Space Gray Magic Trackpad will cost $149, the Magic Mouse $99, and the Magic Keyboard With Numeric Keyboard $149.

Orders for the new Space Gray accessories can be placed now, and will ship for delivery later this week. 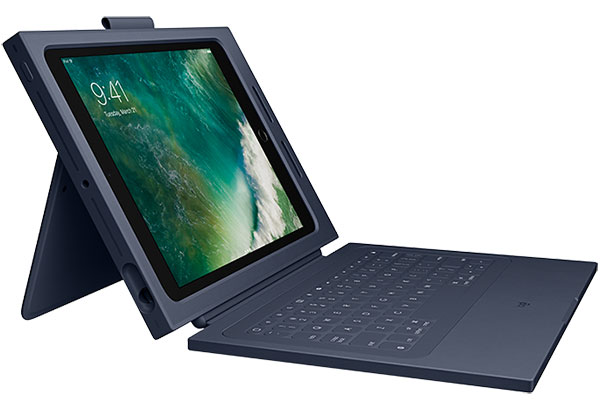 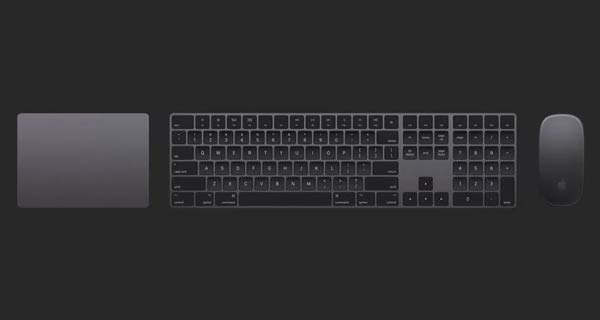