After having been announced back in March, the day has finally come! The first ever iOS device jailbreaking convention will be held tomorrow in London at the Old Truman Brewery at Brick Lane.

For the uninitiated, MyGreatFest was announced in March earlier this year. It is the world’s first jailbreaking convention and Redmond Pie is a proud official sponsor of the event. We are also going to giveaway a white iPad 2 at the event! 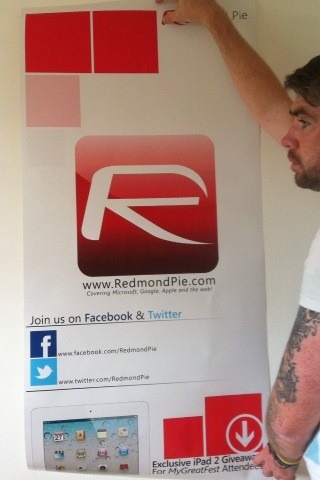 Here is the official description of MyGreatFest:

Our mission is to become the largest jailbreak/(i)community convention for coders, themers, hackers, developers or any other mobile device user. To leave others with the better understanding of what jailbreaking actually means to us, and that it does not stand for piracy. We aim to build upon a community that we believe to be the best there is.

Back in June, we heard news that jailbreak hacker p0sixninja would be demonstrating the iPhone 5 jailbreak live. However, since the iPhone 5 hasn’t been released (it isn’t expected until next month), that won’t be part of the show. Still, with so many A-list hackers meeting up at one place at a big event, we expect lots of great things from the event. Perhaps we’ll see news regarding the iOS 5 untethered jailbreak? Who knows!

Jailbreaking pioneers like Jay saurik Freeman and other folks from the jailbreaking community including p0sixninja, p0d2g,  iOPK, Aaronash and a member of the iDroid Project Team will be giving talks at the event. Each talk is scheduled to have a 10 minute Q&A session where, well, you can ask questions and the speakers will answer them to the best of their knowledge.

MyGreatFest will start at 9AM GMT at The Old Truman Brewery, Brick Lane, London. It will be streamed live (embedded below). The official hashtag for the event is #MyGreatFest, so be sure to tweet your response to the event’s proceedings!

Proceedings of the event will of course be covered here by Redmond Pie team (Ben Reid and Taimur Asad will be there) live from the event. You can subscribe to our RSS Feed, follow us on Twitter and like our Facebook page to stay updated.