MyGreatFest: World’s First Jailbreak Convention To Be Held In London

The first iDevice convention is to be held in London, England on September 17th 2011. MyGreatFest will focus on Apple’s popular iPhone, iPod touch and iPad as well as the growing jailbreak community. 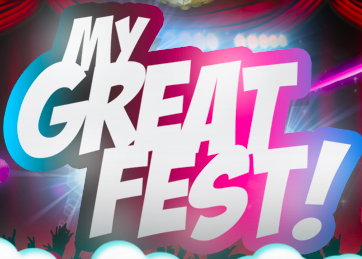 Our mission is to become the largest jailbreak/(i)community convention for coders, themers, hackers, developers or any other mobile device user. To leave others with the better understanding of what jailbreaking actually means to us, and that it does not stand for piracy. We aim to build upon a community that we believe to be the best there is. So please, tell the world our mission. MyGreatFest, for the community, by the community.

Organized by founder Craig Fox, the convention will play host to some of the biggest names in the iOS jailbreaking community, with jailbreak star and Cydia coder Jay (Saurik) Freeman already confirmed to be attending.

Tickets are on sale now via the convention’s eStore and are priced at £27 for adults and £17 for children. Group discounts are also available.

While the first MyGreatFest will be in the UK, Fox plans to run similar events in the US next year, with global domination on the agenda after that.

Be sure to check out the convention’s website for more info, and if you’re in the UK and can get to London this promises to be a must-see event.