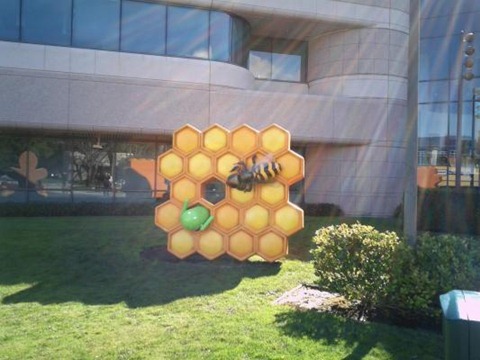 Embedded below is a video from YouTube which shows the Honeycomb statue arriving in a truck at Google’s HQ, and then being escorted by Google employees to join Cupcake, Donut, Éclair, FroYo and Gingerbread statues

For those of you who don’t know, Android 3.0 Honeycomb is a tablet-optimized version of Android. Both, the soon to be released Motorola Xoom tablet, and the upcoming Samsung Galaxy Tab 10.1 will be based on this version (3.0 Honeycomb) of Android.