Microsoft removed some of the mystery around Project Scorpio when it officially introduced the mind-blowing specs earlier this month, and now, Gamasutra has pushed out additional details into the public domain, including a first glance at the Project Scorpio development kit.

We’re getting our first look at what the potential next-generation Xbox could look like courtesy of this dev-kit, and in all honesty, it looks like Microsoft has produced a slightly bigger Xbox One S. 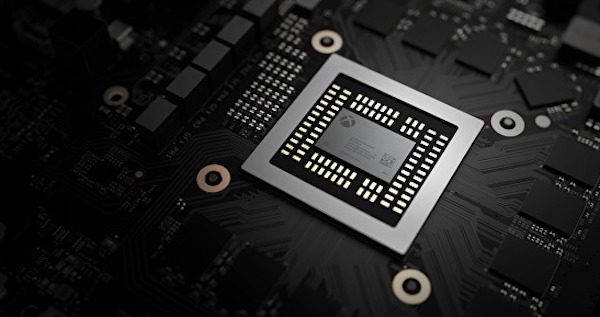 The development kit shown offers a very strange visual appeal, given the fact that it isn’t exactly a marvel of product design, and looks essentially like a collection of components placed into a black and white slab design. The top of the hardware contains the gorgeous robot white color available on the Xbox One S, with the bottom of the development kit finished in a contrasting black color complete with all of the necessary and usual expansion ports. This is also where the Blu-ray UHD optical drive sits to accommodate games and movies for those using the hardware.

Given that this is a Project Scorpio development kit, and by very definition is aimed at developers looking to create engaging experiences for the hardware, the machine comes with a few additions over the Xbox One S. As you’d expect, the internals are ramped up as per Microsoft’s earlier reveal, but there is also the addition of an OLED panel on the front of the development unit. 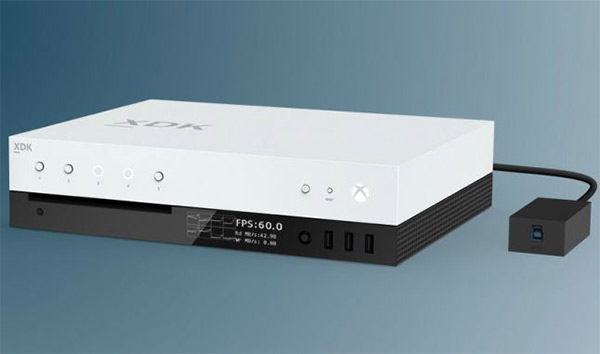 Internally, the development kit also delivers a little more than Microsoft had initially promised. There’s a whopping 24GB of RAM, which equates to double the 12GB that will ship with the retail unit, a 1TB SSD which is in addition to the retail version’s 1TB HDD, and a slightly faster GPU experience. Developers will also be able to instantly and seamlessly toggle between Xbox One, One S, or Scorpio modes to properly test out whatever they are building.

Microsoft has purposely filled this development kit with additional hardware which won’t be present in the retail version, which means this kit is likely going to be bigger than what we see on our shelves, but it could still be a good indication of what to expect from an overall design aesthetic. A full list of specs can be seen in the chart below: 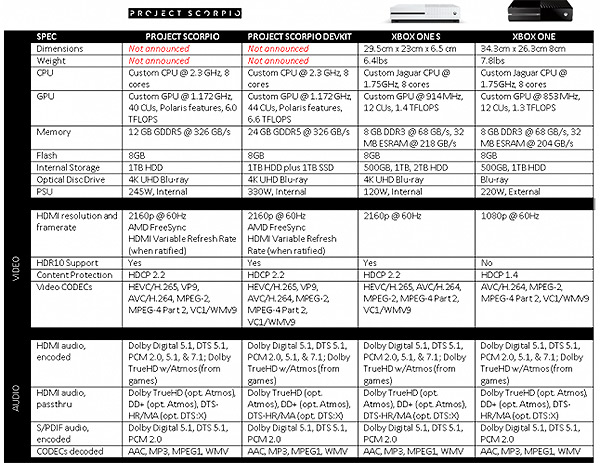