We’ve been hearing rumors of new iPad mini and iPad Pro announcements being almost imminent and now we’ve been treated to images of what are said to be dummy units for those releases.

New iPad Pro and iPad mini dummies have been shared by leaker Sonny Dickson with very little having changed from existing releases. 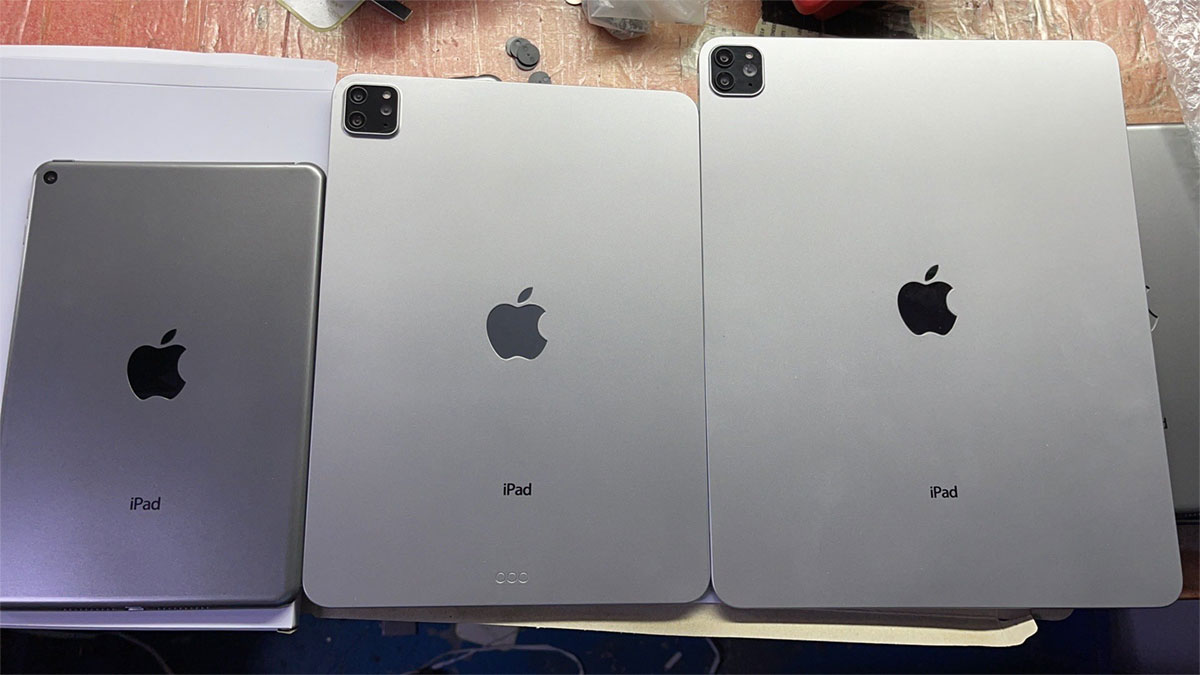 Perhaps most striking is the fact the iPad mini doesn’t have a redesigned look, complete with the removal of the Home button. That’s something that has been heavily rumored for months now but this image shows a device that looks almost identical to the one shipping today. Dickson says that it seems “slightly thicker,” however.

The iPad Pro models shown both appear to be identical to the ones shipping now, although the 12.9-inch version does seem to have a slightly smaller camera bump than that shown on the 11-inch version. It isn’t thought that the camera itself will be any different between the two, though.

It’s thought that both iPad Pro models will ship with an Apple A14X chip while the larger of the two is expected to feature a new mini-LED screen technology as well.

Apple is expected to have an April event planned where the new iPads will be announced, although we’re yet to hear from the company as to when that will happen. If, indeed, it happens at all.