The wave of iPhone 6-related rumors has been incessant, but with just a short while to go until the purported announcement, we’re starting to get wind of some solid / confirmed reports from reliable sources. We’ve clapped eyes on the iPhone 6’s rear shell umpteen times since the details of the revised form factor began to emerge, but a new, high-quality leak gets really up close and personal with this particular component.

Even though we’re all-but certain that the iPhone 6’s housing will follow a similar design language to that of the iPad Air / iPod touch, we haven’t had such a magnified view of it as the one portrayed by Feld & Volk. Notably, and as you will notice in a moment, the area where the volume buttons will reside is ever-so slightly indented, making it just that little bit easier to press them down. It’s no surprise that we haven’t noticed this up until now since it’s such a minor consideration, but with Apple being famed for attention to detail, we can see once again that great care has been taken by the Jony Ive-led hardware design team.

The Feld & Volk snaps also allow us to take a close-up look at the embedded Apple logo that everybody has been talking about during the past few weeks. The accompanying report goes on to note that interestingly, the logo is comprised of some scratch-resistant metallic compound, but although the word “liquidmetal” is also used in a speculative fashion, we’ll reserve definitive judgment until we learn a little more on the matter. 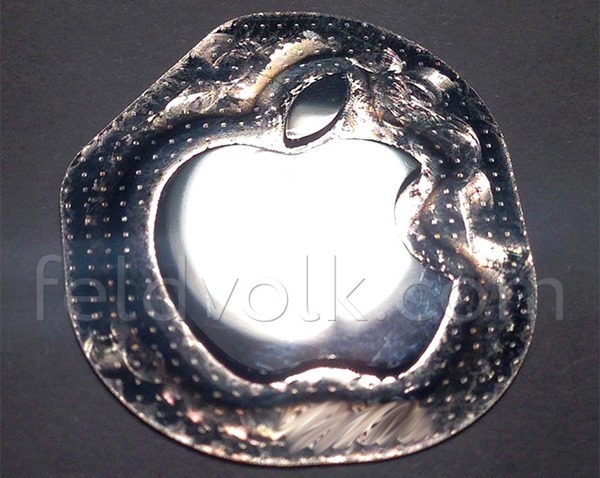 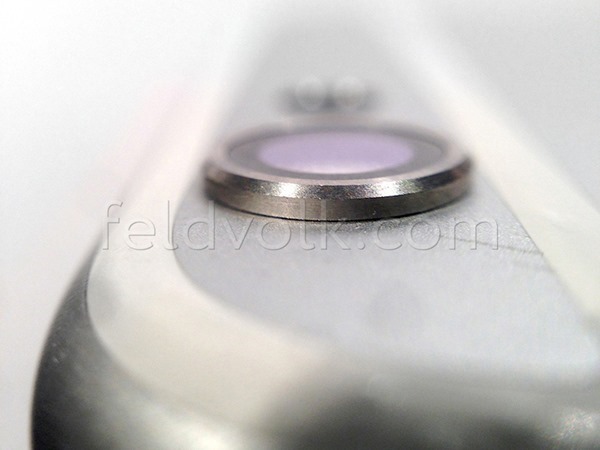 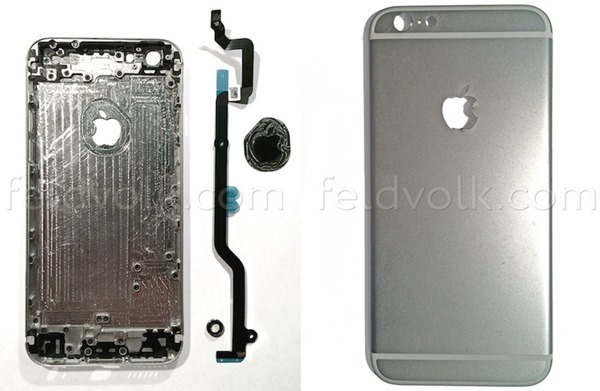 According to Re/code’s John Paczkowski, the iPhone 6 will be announced at a special event to be held on September 9th, and if this is to be the case, one would expect invitations to begin rolling out imminently. At said launch, the 4.7-inch and 5.5-inch variants of the iPhone 6 will apparently be unveiled, although the latter is not expected to hit the retail market for several weeks thereafter.

As per the past couple of days’ reports, it is now reckoned that the 4.7-inch model will pack a 2,100mAh battery, NFC, improved Wi-Fi and Category 6 NFC, as well as a dual-core A8 processor clocking at over 2 GHz per core.