A market cap is calculated by multiplying the value of a single share with the number of shares that are available for any publicly-traded company.

Apple saw its market cap drop below the $1 trillion mark for a period in March, just as the coronavirus pandemic was really taking hold. But now, just five months later, it’s back on top.

While Apple was the first US company to hit the impressive milestone, it’s unlikely to be the last. Amazon, Alphabet, and Microsoft are all worth more than $1 trillion and they continue to perform well.

Apple’s success should probably come as no surprise for anyone who has been following its quarterly results of late. With strong services revenue on the back of the arrival of Apple TV+, not to mention Apple Arcade and Apple News+, things are only going to go from strength to strength. And, of course, there’s the iPhone – a product that may not be growing at the rate it once was, but continues to be a monumental success. 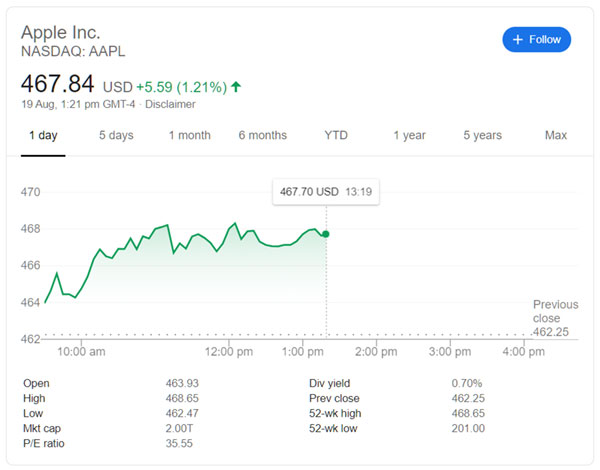 Apple’s wearables category, including Apple Watch and AirPods, is also a huge business. Add it all together and you get a company that isn’t likely to stop at the $2 trillion mark, too.