Picture yourself: you’re in your living room watching TV, but left your PC on upstairs. You have nothing with you but your phone and don’t want to miss a bit of the show your watching. How can you turn off your computer and still not miss your show? This iOS App might be the answer. 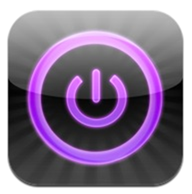 iShutdown is an iOS app that  makes it easy to shutdown any PC or Mac from your iPhone, as long as they’re both on the same Wi-Fi network. After scanning for available computers using Apple’s Bonjour service, it will give you the option to either shut them down or restart them. If, for whatever reason, the App was unable to locate your computer, you can hit the "+" button and type in your machine’s IP address. 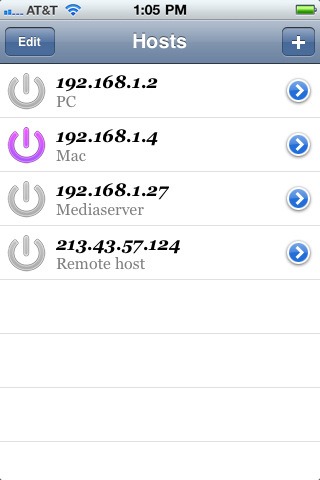 Whether you’re using a PC or a Mac, you’ll have to add an exception on your firewall, allowing the server to connect to the network on port 4505. If you’re running Windows, just type "Windows Firewall" into the Start Menu and select "Windows Firewall". From there, just click "Allow a program or feature through Windows Firewall". 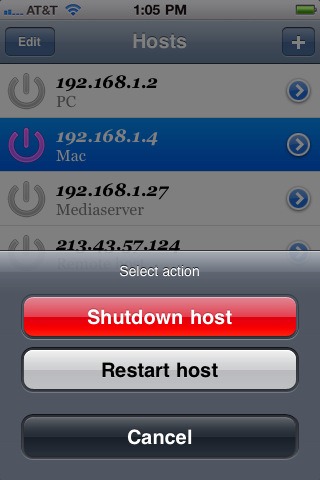 For 99 cents, this App might be a great solution to a really common first world problem: leaving your PC on. iShutdown works with iPhones, iPads and iPod touches running iOS 4.2 or later. iShutdown for iPhone should not be confused with ‘iShutdown for Mac’, a 3-year-old Mac program that lets users time their shutdowns.

It’s also important to point out that this App has received fairly negative comments from users who have been unable to get iShutdown to locate their computer. While there are positive reviews, as of the time of this writing, 2 out of the 3 reviewers had problems getting this app to function. Other than that, give this app a try, it will make your life a whole lot easier.

iShutdown can be downloaded from iTunes App Store.