Gears of War 3, the final installment of the epic third person shooter from, err, Epic got its first official trailer yesterday – and it promises more exciting chainsaw-gun wielding mayhem than you can shake a sticky grenade at. 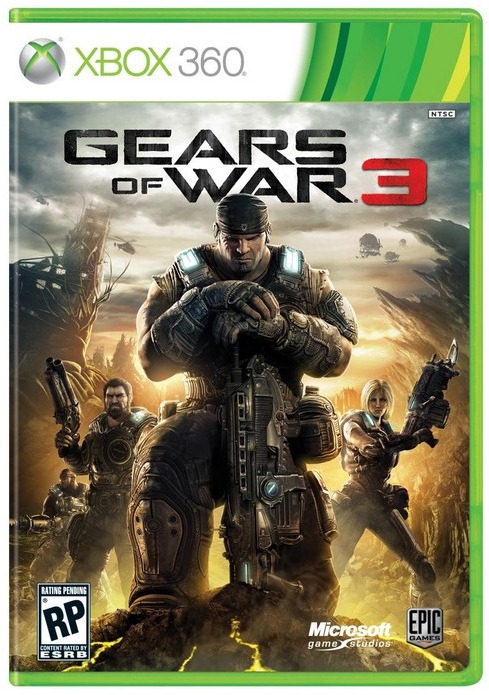 While this isn’t the first outing for the third Gears of War game – a multiplayer beta has been running for a month and has just finished – this is the first time we’ve laid eyes on anything relating to the much anticipated single player storyline. The trailer also features a suitably punchy musical accompaniment courtesy of Black Sabbath.

The new story trailer received its debut during the live UEFA Champions League final football match in front of millions of viewers, many of which were keeping an eye out for the airing after Microsoft’s European arm had told the games fans when it would air. Never let it be said Gears of War fans aren’t keen!

The trailer opens with a man later identified as the father of Marcus Fenix, our lead protagonist and a man believed to have been dead for the duration of the first two Gears games. The revelation that he may still be alive will no doubt lead to Fenix and co. going on various suicide missions in order to retrieve him while encountering numerous angry-looking baddies. Expect epic battles and mind-blowing set pieces galore. Sounds like the Gears of War we’ve all come to love over the last few years doesn’t it?

The trailer also shows off the new Lambent enemies who are apparently Locust who have been mutated by the radioactive Emulsion found throughout the planet. Other Humans are also featured throughout the video so don’t expect to be going it alone in Gears 3.

With both Gears of War and Gears of War 2 seeing huge sales numbers, it’s almost a given that the third and final act will be another blockbuster title. An Xbox 360 exclusive, Microsoft will be hoping the game can help show that the company’s console still has some life left in the old legs with rumors of a next generation Xbox beginning to be banded around.

Gears of War 3 goes on sale worldwide on September 20th 2011, and we can’t wait to get into the action!