Steve Jobs once professed to have "cracked" three markets he deemed to be key in Apple’s progress. One was the textbook market, which has already become a reality with iTunes U. The next was the television market, which is hotly-rumored to be in the works for the not-so-distant future, while the third area was the photography market, which although affected by both the iPhone and iPad, has yet to be attacked by Apple in a manner which would back up Jobs’ claims. 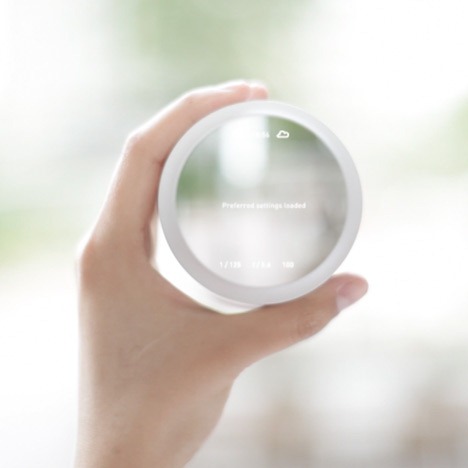 Until that day comes, the tech world is more than entitled to speculate, and as such, we’ve seen a sleuth of DSLR concepts over the past year or so attempting to imagine what the Cupertino has in the pipeline.

Today, we showcase arguably one of the best yet. Named the "Iris," it’s a completely buttonless concept by Mimi Zou, and is about as minimalistic as they come:

As you can see from the video, it’s controlled entirely by one’s iris (hence the name), and as soon as you pick the device up, it scans your iris, recognizes who you are, and adjusts the settings accordingly. If only all technology was so in-tune.

In order to focus on a particular person or object, you simply look at it, and double-blink. If you wish to zoom, you need to squint, which is not only a great use of eye-gestures, but perfectly matches the reaction you would naturally give if you couldn’t make something out from afar.

Sure, it’s only a concept, and before we get carried away in excitement, it’s important to remember that this isn’t a real product. Nonetheless, there’s no reason (technology-wise), why this could not be made into a real product. 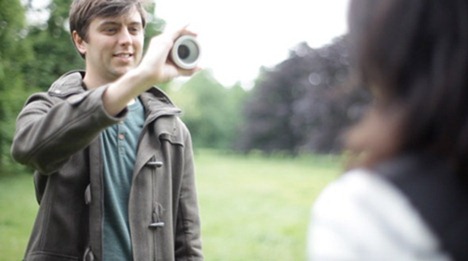 Despite the seamless quirks of Iris, it’s not without its limitations. For example, there’s no shutter button, so accidental images will likely be aplenty – particularly if you’re trying to capture a still from a sandstorm. Moreover, a double-blink to shoot would likely mean you miss the important moment, so that particular eye-gesture would need a re-think.

All in all, it’s a great concept, and if it were releasing right now over at Apple.com, we here at Redmond Pie wouldn’t be able to resist the purchase.